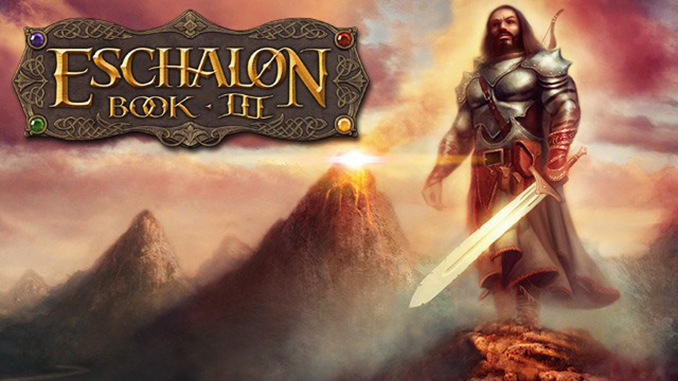 Book I:
Eschalon: Book I is an old-school role-playing game that will take you across massive outdoor environments and deep into dozens of sprawling dungeons as you seek to uncover the mystery of who you are. It features a tile-built, turn-based game world where the result of absolutely every action is rolled, calculated or statistically determined. Hundreds of items and dozens of creatures await your discovery in this classically inspired RPG.

– A tile-built, turn-based game world where the result of absolutely every action is rolled, calculated or statistically determined. Strategy is paramount to success; careful skill management, equipment selection and magic usage will win your fights, not rapid button clicking. We are very pleased to say this is not another “action RPG”.

– Hundreds of items and dozens of creatures await your discovery. A combination of randomly generated treasure and carefully hidden goodies means that no two games will play the exact same way.

– Unlimited character development style: Choose from 24 unique skills to make the character you want and 8 base attributes that affect your character’s every action throughout the game. The game world does not scale or adjust itself to match anyone’s play style, so the ease or difficulty of the game is directly related to how successful you are at developing your character.

– Combat plays out at your pace. Eschalon: Book I features a turn-based system that allows you to roll through combat as fast or slow you want…make it fast and furious, or analyze every option for maximum advantage.

– A non-linear storyline means that the game world is open to explore as you desire. Follow the storyline or don’t…it’s up to you. Just be careful where you go and who you choose to trust- the world of Eschalon can be a deadly place for an inexperienced adventurer.

– An epic adventure that you must face alone…a single-player RPG carefully designed to feel like the great old school RPGs of the past such as Ultima®, Might & Magic®, and Wizardry®

Book II:
Return to the world of Eschalon in the sequel to 2007’s award-winning RPG. The blight of war now threatens all of Eschalon and the only hope for peace lies in the secret of your past. Don’t miss this second chapter in the epic Eschalon trilogy given “5 Stars” by RPGWatch and called “immensely appealing” by The Huffington Post.

Key Features:
– A huge world to explore; you are free to go anywhere and do anything.
– Thousands of items, monsters, puzzles and traps await your discovery.
– Turn-based action happens at your pace- play it fast and furious or slow and tactical.
– No experience with Eschalon: Book I is needed to enjoy Book II.

Book III:
Eschalon: Book III brings the trilogy to a climactic end as you seek to uncover the mystery of your past, the secrets of the Crux stones, and who the Orakur really are. You’ll traverse miles of virtual wilderness and dungeons, filled with secrets and danger, in an unparalleled role-playing experience designed to feel like a true pen-and-paper RPG.

The end of a saga! The final Book in the Eschalon Trilogy brings the story to an epic conclusion and all your questions will be answered. Of course, we’ve made sure Book III can be fully enjoyed even if you’ve never played the previous games.

Dozens of fan-requested features and updates to the engine and rule set.

Expanded stats for creatures give them new abilities, defenses and vulnerabilities. Combat will require new levels of strategy.

New spells and hundreds of new items for you to discover. A huge world filled with secrets, riddles, traps, treasure, and glory awaits you!

Book III is not a dumbed-down “RPG for the masses”. Rapid button clicking won’t save you here. Eschalon pays honor to the greatest RPGs of the past, with unlimited character development options and freedom to explore the world as you wish. The difficulty of the game does not scale to your character.

Single player only, like a great RPG should be. 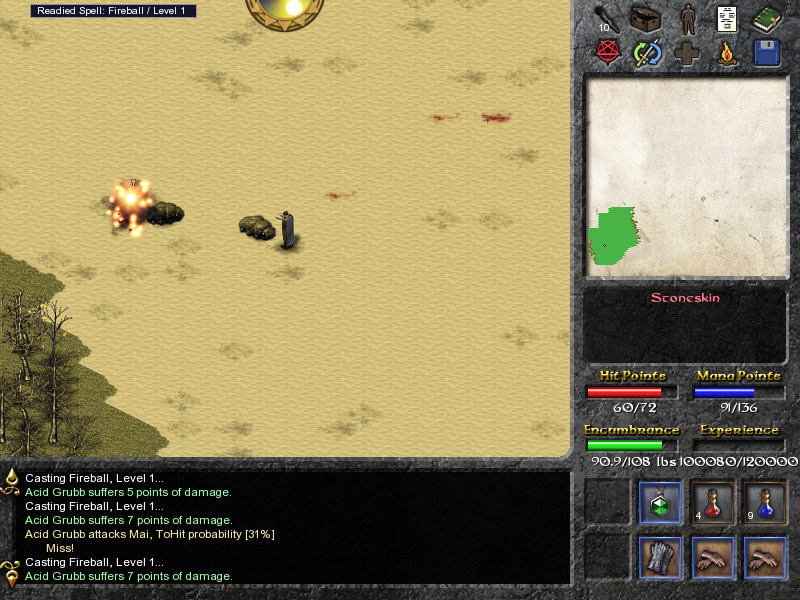 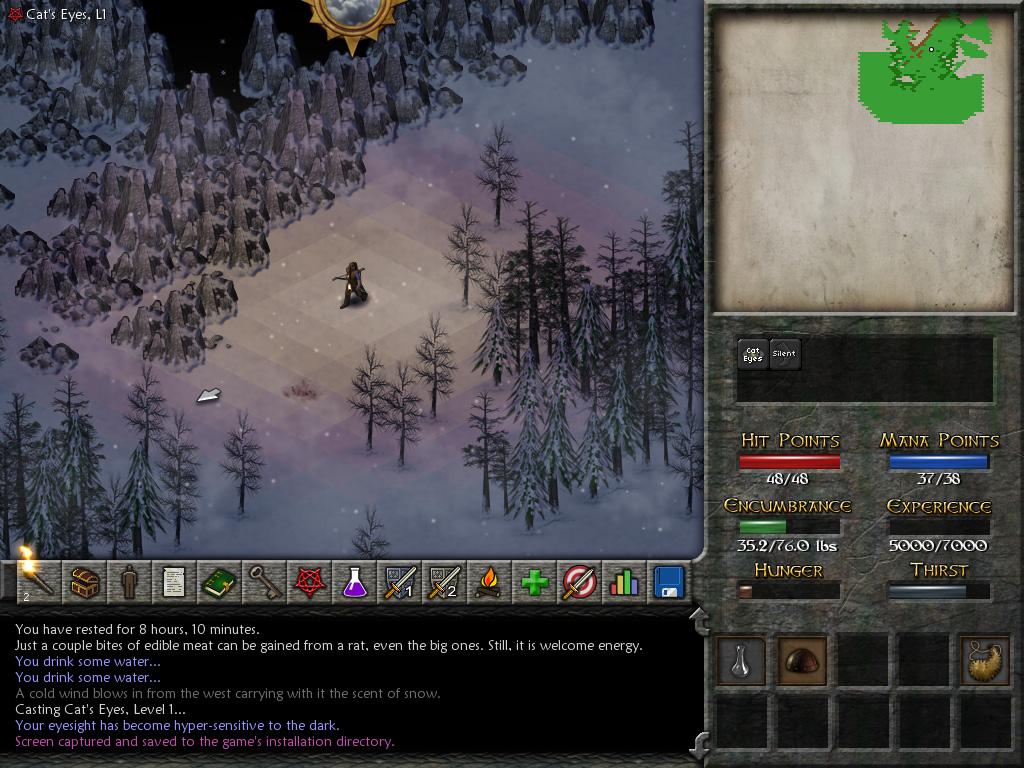 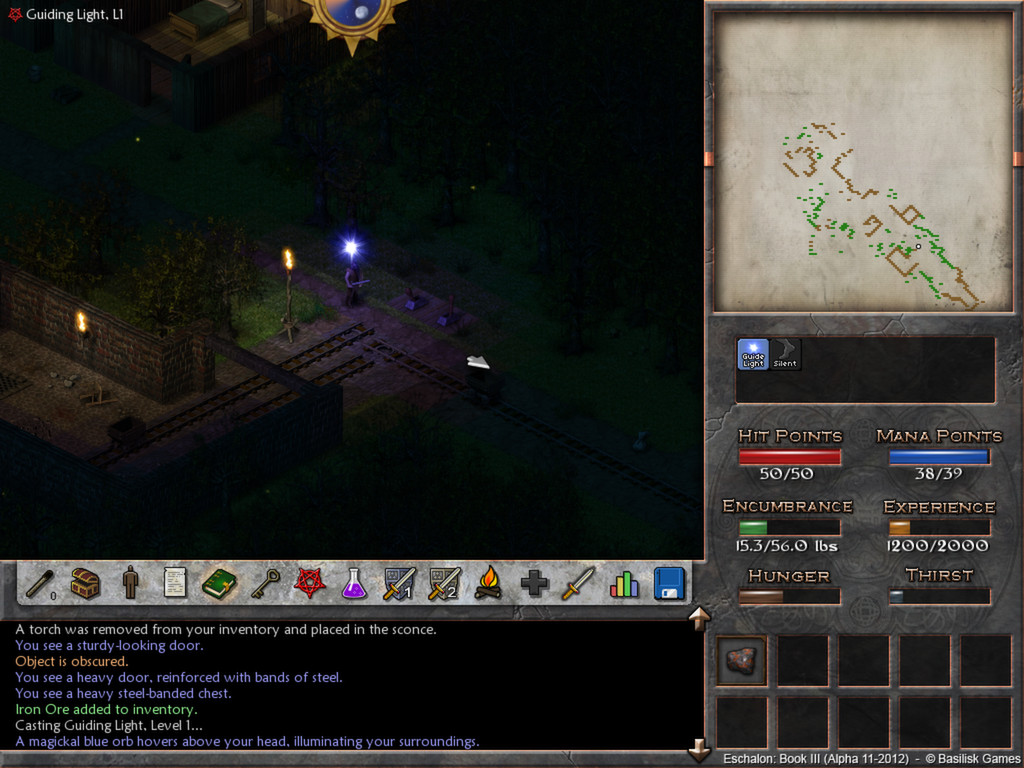 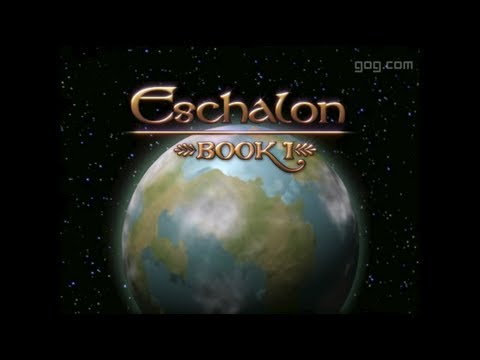 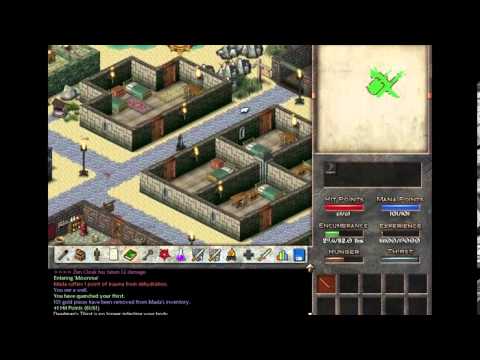 Eschalon: Book I: Waking up in a strange place with no memory of who you are, you must undertake the difficult and arduous journey of finding out who you really are. The only clue you have is a hastily written note telling you to meet a stranger in the nearest town. Thus begins your first step into the wondrous and dangerous world of Eschalon: Book I.

Eschalon: Book II: A new chapter unfolds in the grand role playing saga! The time has come to return to the realm of Eschalon! A new menace threatens Mistfell and the northern provinces, and evidence of your mysterious past come to light which will make you question everything you know about yourself.

Eschalon: Book III: brings the trilogy to a climactic end as you seek to uncover the mystery of your past, the secrets of the Crux stones, and who the Orakur really are. You’ll traverse miles of virtual wilderness and dungeons, filled with secrets and danger, in an unparalleled role-playing experience designed to feel like a true pen-and-paper RPG.

this is a must for RPG enthusiasts!!
Eschalon is one of those RPGs that will make you feel

Storywise the game is frikin awesome!

why are you even missing this??!!
go on filthy adventurer! IMMERSE YOURSELF!!
from this one full EPIC!!! and you know what’s awesome?
its free..

well sort of… dont forget if you like the game
support the makers too you know..

No seeds… what’s the use of so many words ?

where are the seeds? need to download it again in my new computer