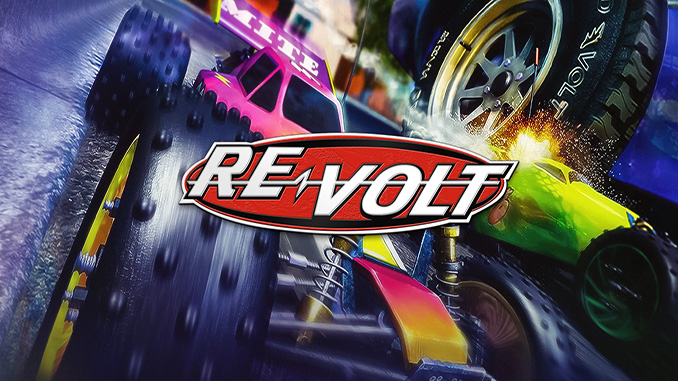 For years Toy-Volt had been producing games and toys for children all over the world. Within months of introducing their first products they shot to the top of their trade. However, it appears that the products have gained minds of their own. Escaping from the shelves that held them prisoners they have entered the real world, and are now creating chaos as they enjoy their new found freedom… the Toy-volt R/C cars have Re-Volted!

Re-Volt lets you guide one of 28 remote control cars through insane race tracks set in unusual environments. Since the cars are the size of real remote control vehicles, objects found around the track are bigger than life. Curbs become huge walls, toys are obstacles, and everything is fair game to drive on, through, or over. There are 13 different tracks spread throughout four Cups, including races set in museums, supermarkets, and settings which may look like your own neighborhood.

Features:
– 28 cars to find and control, 13 single player tracks set in 7 different environments, and 5 single player game modes.
– Track Editor lets you create your own unique tracks and share them with your friends.
– Racing and Battle multi-player modes for up to 8 players. 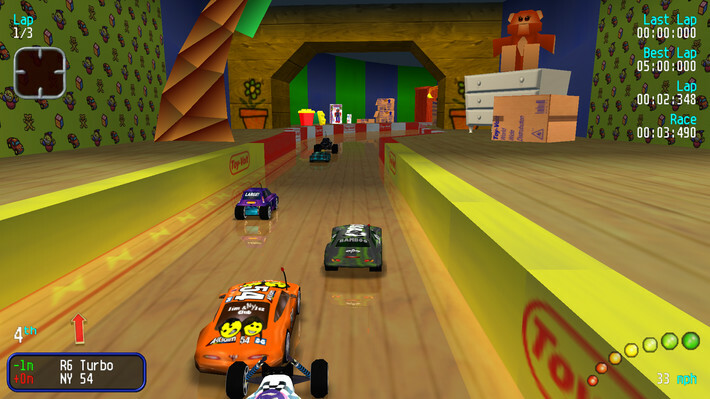 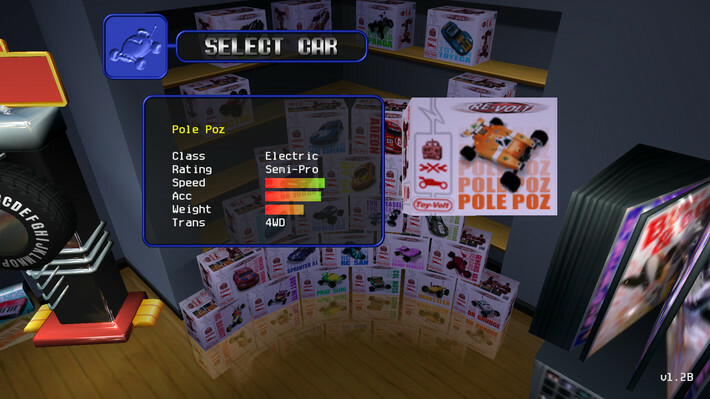 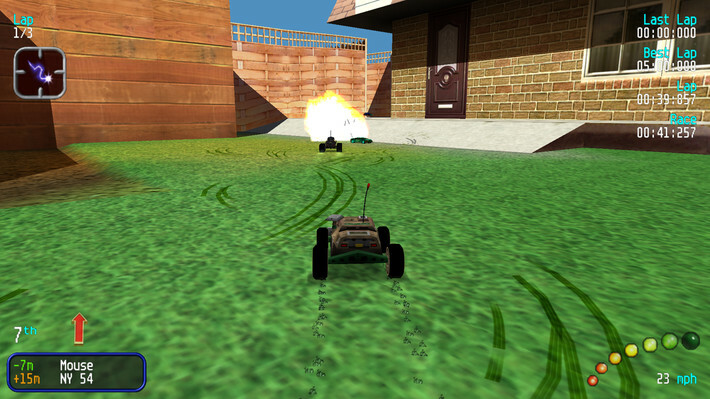 Re-Volt is a RC car racing video game developed by Acclaim Studios London in 1999. The game has three types of race: single race, network game, stunt arena. The game also has a map editor that allows you to create your own unique track.

Is this the same as before, or a newer version

I use to be so good at this game when I was a kid….Now I suck big time. 🙂
Thank you Admin for the upload.

I have already got ReVolt from here last year?