Head and Heels have been captured, separated and imprisoned in the castle headquaters of Blacktooth. Their cells contain ‘keep fit’ equipment, including a wall ladder that Head really must learn to climb. Your job is to get them both out of the castle and into the market place so they can join up again. From there, the journey leads to Moonbase Headquaters, where you will have to decide either to try to escape back to Freedom or to be a true hero and teleport to one of the slave planets to search for its lost crown!

To overthrow the dictatorship on any of the slave planets would be a major blow to Blacktooth and you could return to Freedom in glory. Of course Blacktooth would probably enslave them again eventually but it would slow down any expansion plans for now. The people of Blacktooth are so heavily oppressed that they would have to see all four of the slave planets revolt before the Blacktooth crown could cause an uprising. This of course would be the ultimate accolade, and unfortunately, almost certain suicide.

This is the PC version of the game. 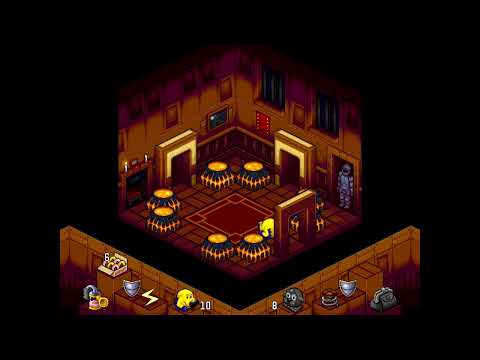 Head Over Heels Is a Classic Ocean Software Game , Re-Imagined With Beautiful High Res Pixel Art and a Great Soundtrack! Head and Heels have been captured, separated and imprisoned in the castle headquaters of Blacktooth. Their cells contain ‘keep fit’ equipment, including a wall ladder that Head really must learn to climb.

FYI – Chrome is saying this webpage contains harmful programs and initially blocks access to it.