Home » Role-playing » Heroes of Might and Magic III: Complete 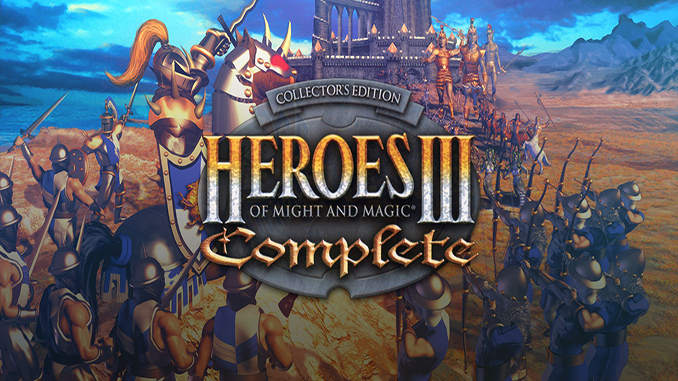 When Erathia’s King Gryphonheart is murdered by traitors he is resurrected as an undead warlord who leads a ruthless invasion of his former Kingdom. Little resistance is met until his daughter Catherine, Queen of Enroth, returns to her homeland commanding an army of elite Enrothian warriors. Meanwhile the Necromancers raise large hordes of undead and advance towards the Erathian capitol. Queen Catherine receives the aid of her father’s survived generals and embarks on a crusade to reclaim her lost land.

You control the greatest heroes and fiercest creatures in a conflict of epic proportions, as Cathereine fights to restore her family’s rightful reign, uncover her father’s killers and free him from the dark prison of his undead body!

– This is a must have for every Might and Magic series fan!
– Insanely addictive gameplay that will make you want to play “just one more turn” over and over again
– Great multiplayer, especially when playing in hot seat mode on one PC 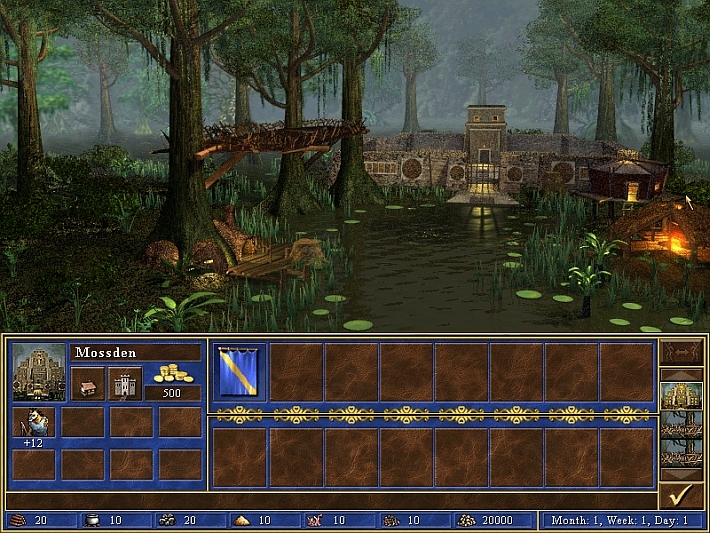 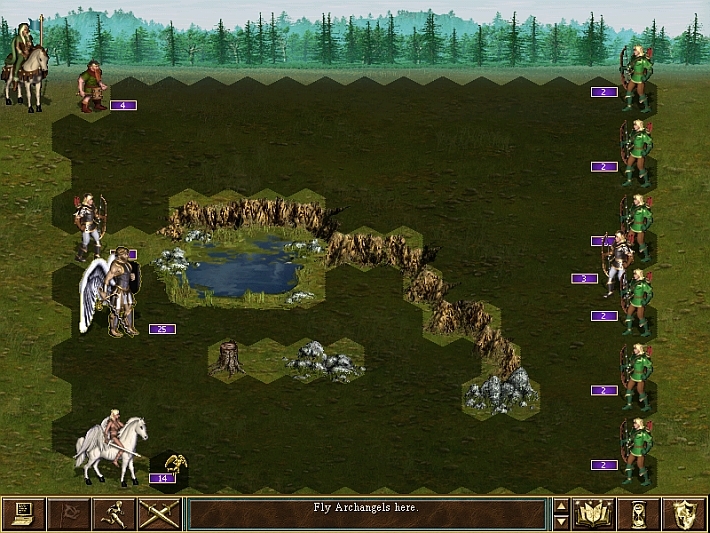 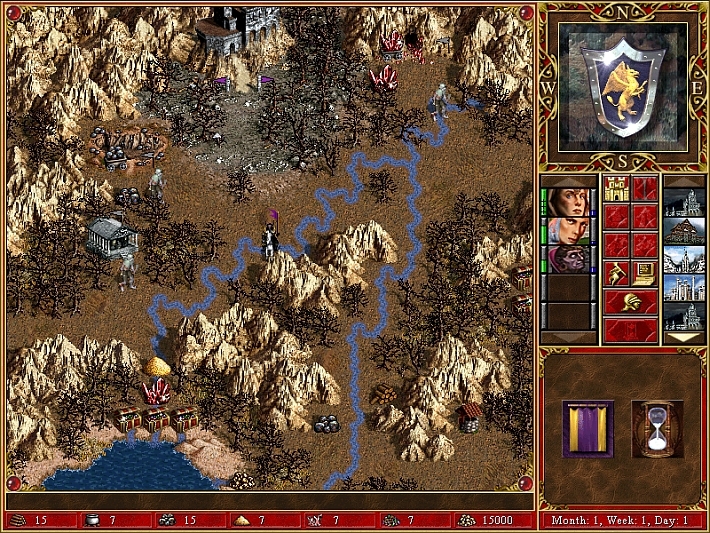 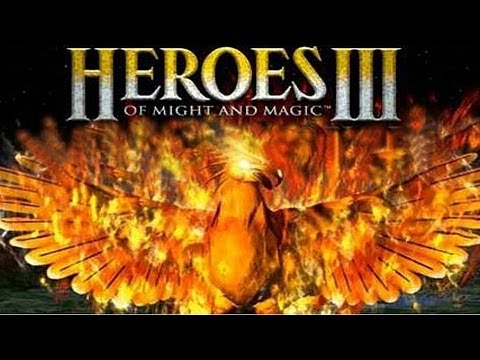 Dying at the hands of conspirators, the king of Erathia, nicknamed the Griffin Heart, rises from the dead, becomes the leader of the undead and makes a merciless invasion of the kingdom that once belonged to him. Only the daughter of Katerina, Queen of Enroth, who returned to her homeland at the head of a select army, dares to confront him. Meanwhile, necromancers raise the armies of the dead from the graves and set off to storm the capital of Erathia. Queen Catherine accepts the help of her father’s remaining generals and begins to recapture the lost territory. The edition includes the original version of Heroes of Might & Magic III, as well as the add-ons Armageddon’s Blade (Blade of Armageddon) and The Shadow of Death (Breath of Death)

I really love to play old school games and this site is really perfect for me as there lots of them to download. thank god I found your site

r there surveys or viruzes or any password?//?
bcuz i love to send viruzez to friends

I have never been able to play any version of HoMM 3 without the CD. Can your version actually be played without one?

Well, i kind of can´t even download it, when i click on it, nothing happens, when i open it in new tab, only its adress but nothing actually happens, any idea how to help me with that?

It is possible to publish there HEROES CHRONICLES: ALL CHAPTERS ?

It is possible to add Heroes Chronicles – All Chapters?

Is this virus free?

Hey, how I can change language? Could you help me with this?

wasn’t there a 3rd expansion as well? wrath of the gods, or something like that.

Superb, thanks so much!!

How can i channge language to polish ?

I can’t download it for my country Pakistan and as you can sea this site asks me for the sum of 2 and 7, you see me in Pakistan IP and think i am stupid thats why ask this kind of racist question>?

After a few turns i can’t move anymore.. what do i do/ how can i fix this?

Thanks for sharing! It’s fashback from childhood memories 🙂

can i transfer the file to my android phone and play with the android with the vcmi app??

Really love your site, thank you so much for all your hard work!
Could you please upload Heroes of Might and Magic 3 HD? I’d really love to try that version.
Thanks in advance!

Why are you doing this???
No download of game it is only trap for installation of hundreds of add-ons…
Realy sad…..

i have a windows 10, 8gb of DDR4 solid grafic card, several times i reinstalled the game, applied the patch, each time on startup, i get the poput window that says Heroes has stopped working. The game doesnt even start. Anyone could tell me what to do?

help!.. help!.. after running installaton setup, that green bar, that shows you how far it has gotten with the installation.. yeah it is not moving for hours! any ideas?

how long does it normally take for the DL to complete?

Will i like.. go to prison if I download games from this site? im a young fella, i don’t want prison lol

could you please upload

It says i need to have cd to play it what should i do?

working on a Windows 10 laptop, should have all the muscle to make this work right?
I played the game from a disk before but trying to launch from this download doesn’t work…. i double tap on the Quicklunch but then nothing happens. downloaded all the software you recommended and yet…. any ideas?

Hi Heroes 3 working thanks you so much
can you upload

Hi, I can’t open link. When I press it nothing happens

I’m having a problem with all HoMM games, SimCity, and probably some others. Running Windows 10 on a Tablet/Keyboard combo. The game does work, but approximately 1/3 of the right half of the screen is missing, viewing the desktop instead. Tried suggestions, manual and auto compatibility (including DPI scaling). Really want to play this. HoMM IV does work, but only for in game option, no full screen. Any suggestions?

HiHi! I just downloaded everything including the patch. However, when i launch the game, my screen on my monitor is just black although there’s sound and music to the game. What am i suppose to do?

Hi, I wanted to ask what should I do, when i downloaded the game and it doesnt even open. I installed every software you recommended and yet there is always some type of problem…. Please, help 😀

Hello I have problem with install and run this game, when I install it shows me that one file is errored and when I click try again it runs again and again, when I click Ignore game downloaded but I can’t run it bc I don’t have one file. Please help

Wish this game has the “Horn of the Abyss” add-on; despite being fan-made… 😀

Hey, what am I meant to put for the license key?

what is this game for, might of magic III?
i used to play this one and it is fun, 60k marksmen blob split into 6 units.
you get it very late game using allegiance scope (wildnerness monster gonna attack you or join you). there will be 10~20k monster a stack.

I downloaded, installed the game, run the patch (all as administrator), I looked at the FAQ and downloaded C++, .net framework and Direct X, activated the Run with compatibility Windows XP service pack 3. When I try to run the game, I have a spinning wheel and then nothing happens.
I’m on windows 10

Updated the download link with the latest build please check! Hope that it fixed all the problems you encounter. 😀