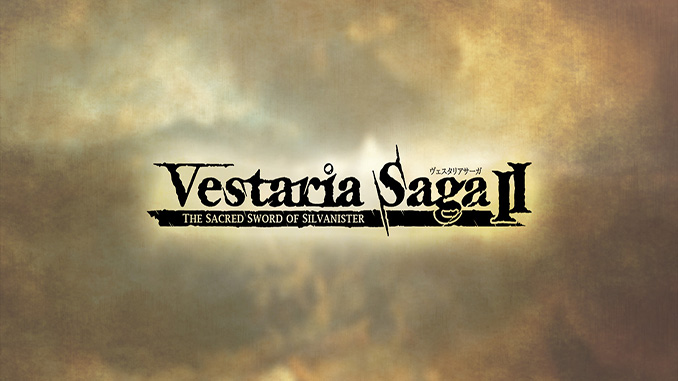 Vestaria Saga is a strategy RPG series where positioning, movement, and weaponry are paramount to success. Move your heavily armed units around a classically styled grid-based map and engage pirates, rebels, monsters, imperial soldiers, and anyone else that stands in your way. While Vestaria Saga I chronicled the battles that ensued in the Solvian-Meledian War, Vestaria Saga II focuses on the further adventures of Zade, the hero from VS1, bringing the tales of him and his companions to a thrilling, satisfying end. Across his epic quest, Zade will encounter allies both new and old while also uncovering more of the mysteries behind the vile Margulites and their plan to plunge Vestaria into a new age of darkness.

Features:
– New classes, gear, and skills to utilize across a wider variety of maps compared to its predecessor
Ally conversations now confer stat boosts and other advantages
– A slew of other quality of life improvements have been made to the classic VS system
– An enthralling campaign of espionage, international intrigue, and war written by veterans of the genre
– Varying story paths and endings based on your choices and who survives to the end
– Over 30 unique characters to recruit with a wide variety of classes, weapons, and skills
– Intricate maps filled with a variety of enemies and strategic puzzles to overcome
– A rebalanced, single difficulty mode
– The ability to save every turn so that you can quickly undo any mistakes you’ve made during a battle
– A full English script translated from the original Japanese by a veteran translator
– Another chapter in a strategy RPG series that builds upon Japanese SRPG traditions

Story:
After a ship carrying a Solvian imperial diplomat was mistakenly set ablaze in Meledian waters, the Solvian Emperor Manneus declared war on the island kingdom. Led by the famed general Ajax, Solvia’s imperial forces soon invaded Meledian shores. Once Meleda suffered a critical defeat in the Battle of Frist, the Empire quickly swooped in to seize the royal capital of Regina. Crushed beyond any hope of recovery, Meleda was forced to watch its invaders brutally wipe 500 years of history right off the face of the map. And so, one year passed… Once thought to have gone missing, the young princess Athol miraculously returned to the royal capital and freed its people through a furious battle.

The one who fought valiantly by her side and helped lead her to victory was none other than Zadrian, the young heir to Redessa. Meleda praised Zadrian as a national hero, showering him with fame and glory that far exceeded what they had once shown his elder brother Zecharias, the kingdom’s finest knight. Zech was not only engaged to the princess, he was also the acting commander of the Meledian army… And most importantly, he was Zade’s big brother– the man who Zade loved and respected more than anyone else. Feeling like his very presence had become a stain on his dear brother’s reputation, Zade decided to leave the capital and set off on a new journey to the Temenos of Vesta. He took with him on his quest only a single traveling companion: Accorte Roland, a student of Sphire’s magic academy and the daughter of a man who once saved Zade’s life…

2 thoughts on “Vestaria Saga II: The Sacred Sword of Silvanister”