One day, a girl transferred into Kyouhei Yanase’s class: his childhood friend who moved away when they were young, Sayuka Kouenji.

While Kyouhei was happy to see her again, Sayuka seemingly pretended that he didn’t exist.

Just then, out of nowhere, the evil intergalactic empire Dai-Lust began their invasion of Earth!

He was so taken aback by this that he yelled in surprise, and Sayuka, having noticed his presence, immediately screamed in orgasm before being enveloped by a dazzling light that transformed her into Earth’s mightiest warrior: the angelic Escalayer!

With her transformation complete, Sayuka soon drove away the army of Dai-Lust.

Having returned home, baffled by what he had seen, Kyouhei found himself being greeted by a girl named Madoka, who claimed to be a robot living with Sayuka. Madoka went on to explain that Sayuka acquired the necessary energy to transform into Escalayer and drive away Dai-Lust only by experiencing sexual arousal.

“I’m begging you, please make my heart beat fast!” said Sayuka to Kyouhei… and so their days of sex and war began.

Their goal? The total defeat of Dai-Lust!

Escalayer: The superhero tasked with fighting Dai-Lust and its monster army.

A power-generation device known as the Dynamic ba-Dump Dynamo (DDD for short) throbs within her body, allowing her to generate fearsome amounts of energy through increased sexual arousal.

She’ll get raped if she loses in battle, but that will ultimately prove to her benefit, as the DDD will generate energy regardless of how voluntary her arousal is.

Her ultimate technique is the “Sublimit Escalation”, wherein her ribbon blade tears her foes asunder.

She’s quite curvy, but Sayuka herself is only concerned about her butt being too big.

Due to how essential the D2 energy her heart generates is for battle, she will never refuse any of Kyouhei’s requests, no matter how perverted the things he demands of her may be.

He decided to help protect the Earth after Madoka blackmailed him into doing so.

A slightly twisted sort of person, it doesn’t take much urging to push him down a rather dark path…

She’s blunt and (at times) inconsiderate, which can cause problems for Sayuka and Kyouhei.

Her programming is not based on the three laws of robotics, so she will do literally whatever it takes to destroy Dai-Lust.

Ryouko Kiritani: A widow who recently moved into the house next to Sayuka’s.
She’s kind to Kyouhei and Sayuka, her neighbors, and freely gives them advice whenever they come to her for help.
Gentarou Kouenji

Sayuka’s father and the genius mind behind the creation of Escalayer, the Dynamic ba-Dump Dynamo, and Madoka.
He is currently imprisoned within Dai-Lust’s base, along with many other scientists from Earth. 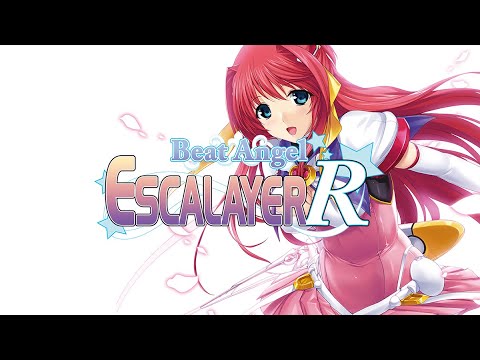 One day, a girl transferred into Kyouhei Yanase’s class: his childhood friend who moved away when they were young, Sayuka Kouenji. While Kyouhei was happy to see her again, Sayuka seemingly pretended that he didn’t exist.