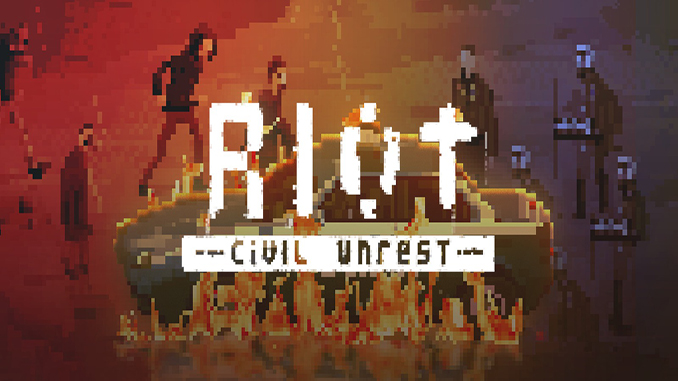 As the world’s economical crisis deepens and inequality tears the very fabric of society the discontentment of the masses manifests itself in violent public disturbances and civil disorder.

RIOT – Civil Unrest is the highly anticipated real-time riot simulator that places the player right in the heart of some of the world’s most fractious clashes. Campaigns include: Indignados (Spain), Arab Spring (Egypt), Keratea (Greece) and NoTAV (Italy). Seventeen single level scenarios include Rome, Oakland, Paris, London and Ukraine.

RIOT – Civil Unrest’s creator, Leonard Menchiari, experienced rioting first-hand at the NoTAV protests in Italy. He created the game to tell the stories and express the feelings experienced during these clashes. What triggers the crowd to behave with such anger and aggression? Often outnumbered, what does a police officer feel like during the conflict? RIOT – Civil Unrest presents the player with the opportunity to experience both sides of the fight – a fight in which there really are no winners. Who is right and who is wrong? Experience RIOT – Civil Unrest and draw your own conclusions.

Play as the Police
Employ numerous crowd-control tactics, both passive and aggressive. Command Assault, Tactical, and Ballistic squads. Call in police trucks, water cannon or even a tank! Choose whether to use smoke grenades, rubber and plastic bullets or even live ammunition.

Play as the Rioters
Instruct Rioters (armed and passive) and Journalists. Incite rage and cause the masses to act aggressively or try to calm the situation with tactical crowd reformation and retreats. Attack authority with Molotov cocktails, fireworks, paper-bombs, rocks, street furniture and the power of the media.

Sixteen campaign levels split over four scenarios; Keratea (Greece), NoTAV (Italy), Indignados (Spain) and Arab Spring (Egypt).See the story unfold from both sides – play all thirty-two levels as the Rioters or the Police.

Versus mode – play with or against a friend or AI on the same computer. 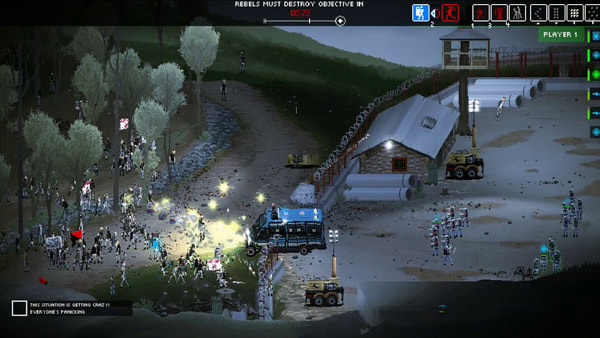 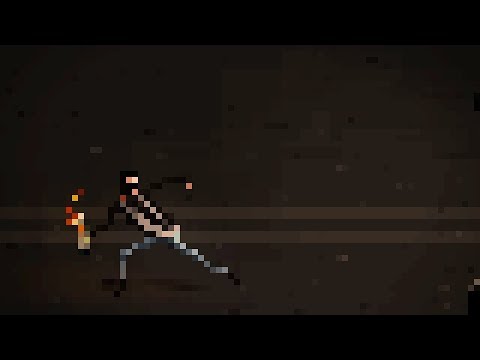 As the world’s economical crisis deepens and inequality tears the very fabric of society the discontentment of the masses manifests itself in violent public disturbances and civil disorder. RIOT – Civil Unrest is the highly anticipated real-time riot simulator that places the player right in the heart of some of the world’s most fractious clashes.

I think we need a new tag or a new category under the name of ‘pixelated’. being born in ’81 i grew up with pixelated games, and i still have a fondness for the style, yet its so hard to find pixelated games without knowing what your looking for first. i’ve stumbled across some greats though, from the 3 kingdom games (kingdom, new lands, two crowns), westerado, retro city rampage, the textorcist, aquatic adventures of the last human, zombie night terror, undertale, thimbleweed park, red strings club, the last door seasons, darkside detective, hyper light drifter, heartbound, graveyard keeper, gemini rue, fix it felix junior, death road to canada, to but a few, and even though they arent strictly just pixelated, they are pixelated so far in, evoland 1 and 2. anyway, all these games are under different categories, because they are all different kinds of games, but one thing they all share, is pixelated graphics. and because of them all being different genres of games, it makes them hard to find. and i think it would be bloomin’ epic, if every pixelated game had a ‘pixelated’ tag added, or even if a ‘pixelated’ category was added, so that someone like me, who regularly seeks out just pixelated games, can find them so much easier. because i know there are some gems out there, or due to come out, that might not get found unless knowing about them before hand, or just by pure luck stumbling on them, like i have with most of the games i listed here. and of course, this game.you do a great job with the site as is, and i know it may be a bit much to ask, but please consider it. there are so many of us old school gamers that love to play new games, with that classic aesthetic, but rarely find them in one category. anyway, keep up the great work you already do bringing some real gems to the site, and all for free. GOG games are my fav PC games to install, simply because of how easy it is, and when an old game gets gogged, as i like to call it, its bloody awesome, because as the tech gets better, it becomes harder to run the old stuff, and classic getting gogged makes it so much less of a hassle to get them running. Starship Titanic springs to mind, a game i could never get to work on a modern computer no matter how much i tried, but then it got gogged, and wham, worked like a dream, i still had to fiddle and add a Dll to get the vids to play, but apart from that, it was a godsend. anyway, enough brown nosing. please consider the ‘pixelated’ category.many many many many thanks, from D0S81, long time listener, first time caller.

Can you upload the 1.0 Version? Thanks!

Thank you very much!! thumb up from the france! ^^

Sorry again but it said me : No application associate with magnet is find on your system, but i have tried with Qbit and Utorrent 🙁 It’s impossible to download. Please can you fix it? Thanks! and sorry again for the inconvenance.

Hi, my previous comment has been deleted: The new link doesn’t work it said “can’t find a application to excecute mmagnet :” Can you fix it please? Thanks!