Home › Strategy › Attack of the Earthlings

Attack of the Earthlings 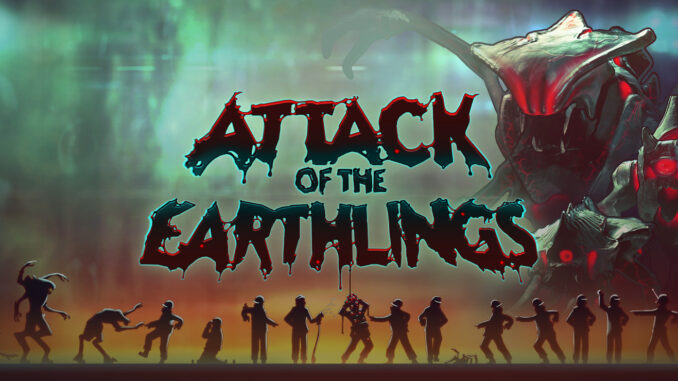 Attack of the Earthlings combines turn-based combat and stealth in a dark comedic single player campaign, where you the player, take control of the native alien race to defend your home world from the invading humans.

Galactoil, a comically dysfunctional energy corporation, are hell-bent on harvesting the known universe for energy and will drill anything in its incessant quest to line its pockets with profit. However, their latest foray into energy exploration on Planet X13, has placed them into a bit of a pickle. The Swarmers, the native insectoid species, have another idea – to eat all the workers!

You take control of the Swarmers, a highly aggressive insectoid species, who must convert human flesh into alien muscle, upgrade their units and even find the time to gatecrash a birthday party.

To put a stop to the invasion, the Swarmers must plan attacks carefully. Take control of unsuspecting workers, set traps, emerge from vents and hiding spots to take your human prey by surprise, and assault in groups to kill multiple enemies at once.

The more earthlings killed, the more corpses can be consumed and transformed into new units with specialized roles and unique abilities. The flesh of their own workers is the key ingredient to developing a successful alien insurgency against Galactoil.

Voice actor and Vine extraordinaire, SungWon Cho A.K.A ProZD (A Hat in Time, Paradigm), lends his brilliant voice to X13 mining operation Regional Manager Dennis Dickinham; a man both massively unqualified and massively overpaid. A gregarious fellow who finds joy in everything, be it catching a few rounds of golf with the boys or rerouting power from sickbay to the massage chairs in the boardroom, Dickinham’s a delight to be around! Just never, NEVER utter the phrase “bad idea” in his presence.

= Play as the Aliens:
No longer should you fear the monster in the shadows… because you are them! Flip the cliche on it’s head and be the hunter rather than the hunted.

= Stealth:
You might have the jump on them, but they’ve got the guns! To avoid being peppered with lead, you’re going to need to utilise cover, lockers and vents to avoid detection and setup the perfect execution.

= Unit Evolutions:
Specialise your smaller grunts by evolving them into 1 of 3 different upgrades each with its own purpose and job.

= Mutagen Ability Upgrades:
Customise your units even further with additional mutagen abilities that are unlocked using points awarded based on mission performance. 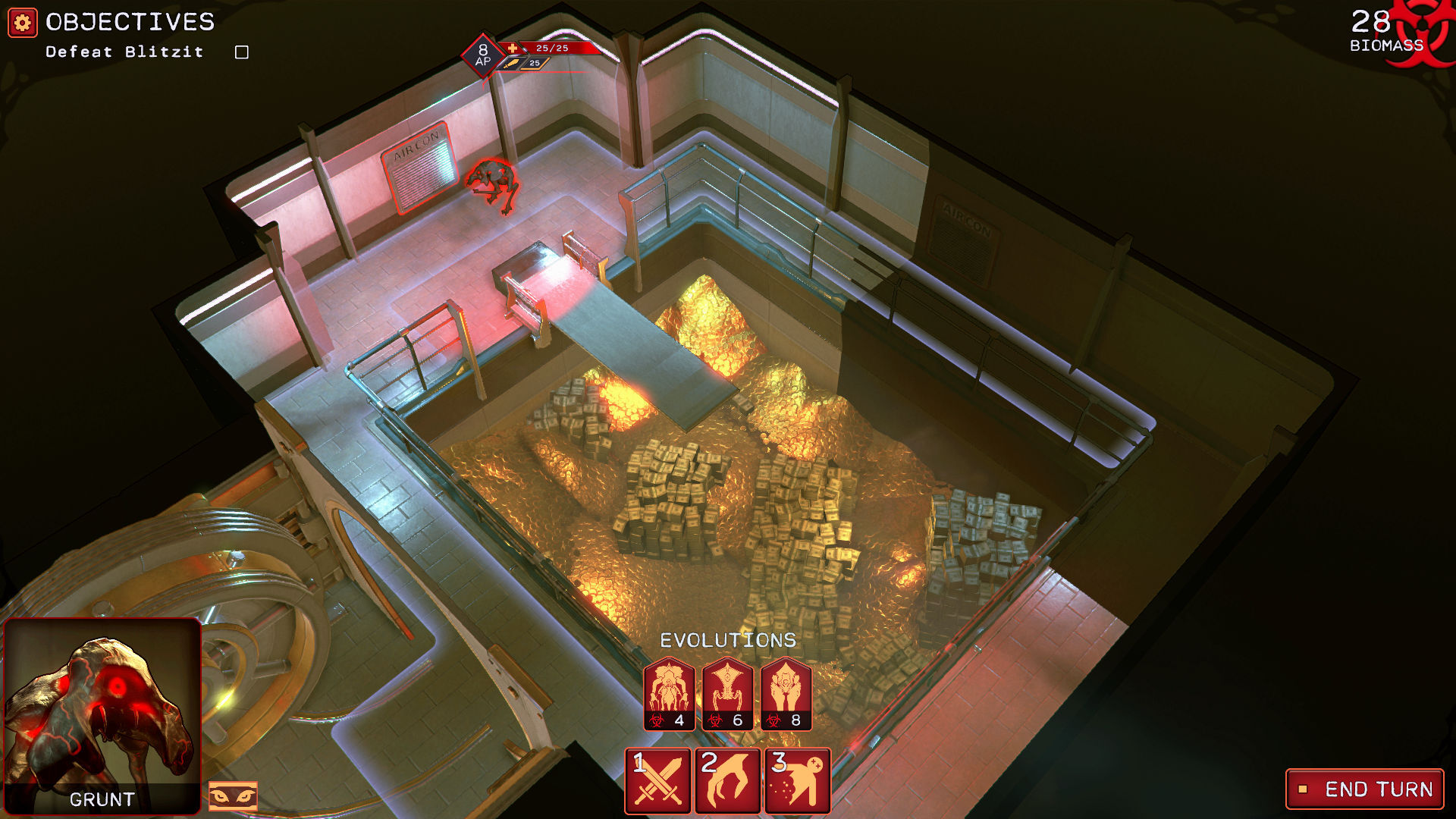 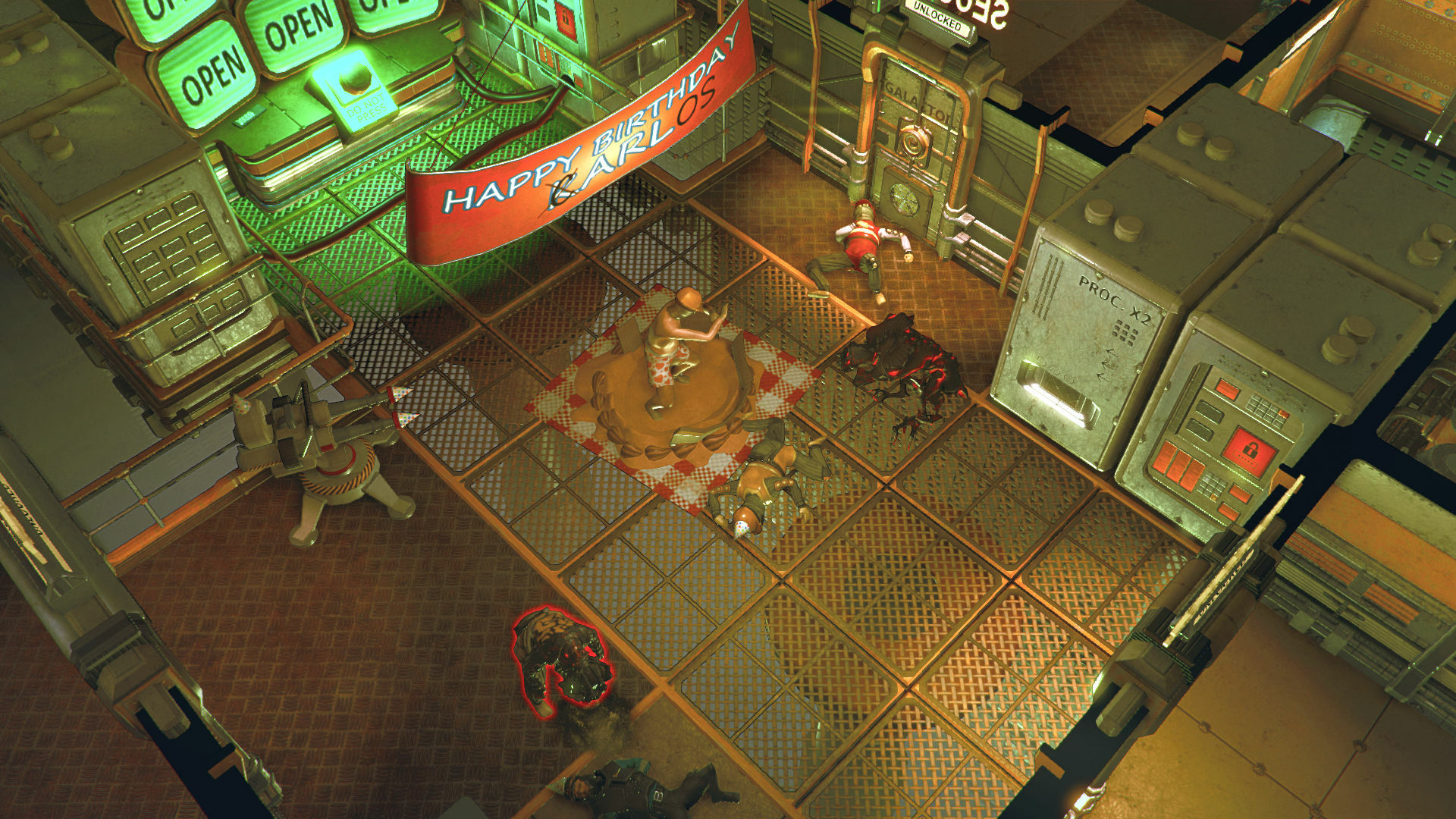 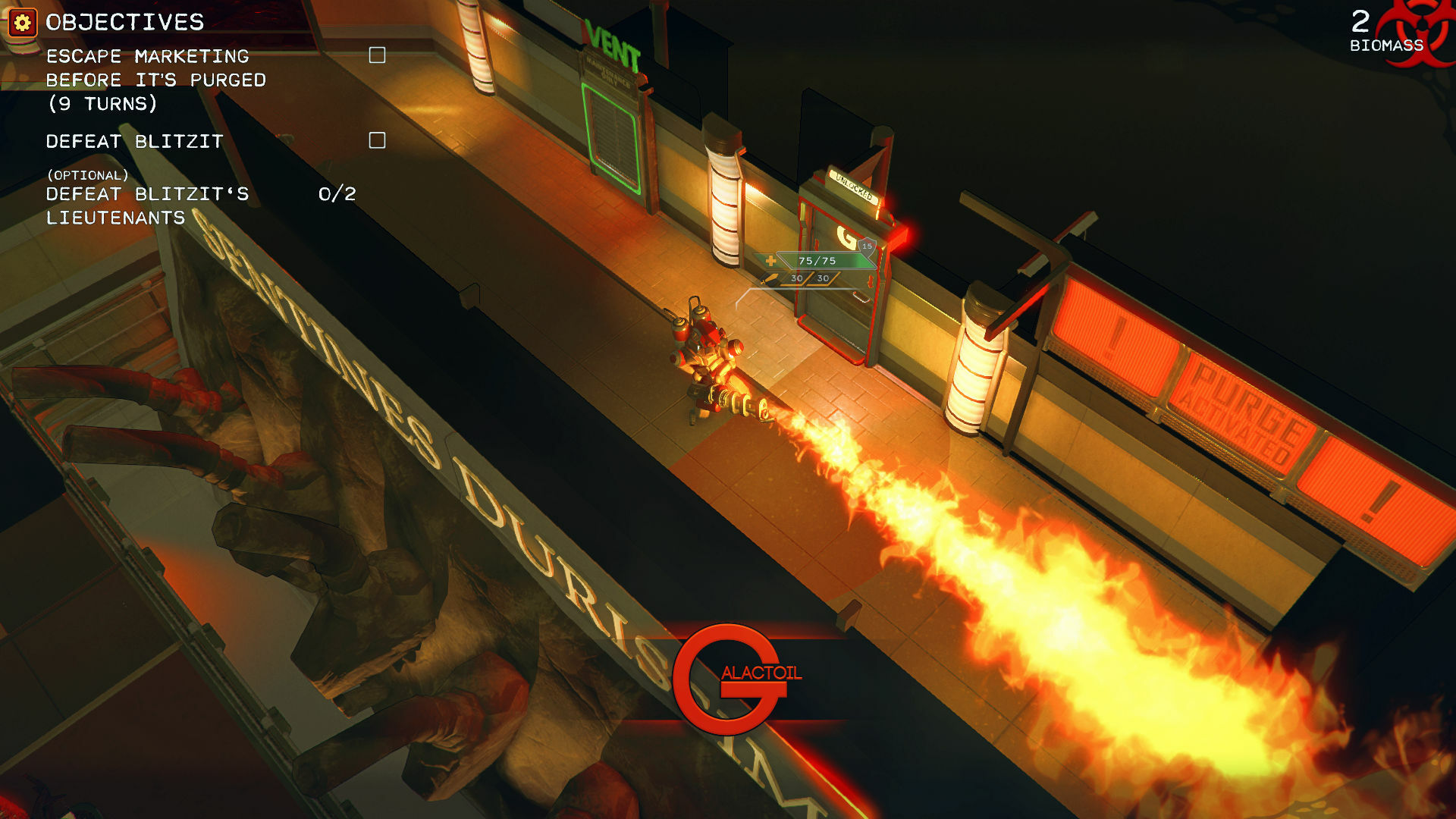 Attack of the Earthlings combines turn-based combat and stealth in a dark comedic single player campaign, where you the player, take control of the native alien race to defend your home world from the invading humans.