Flight of the Amazon Queen 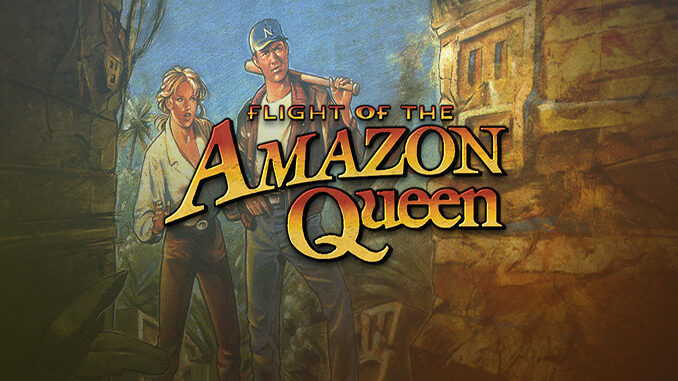 A point and click adventure game, similarly styled to many of Lucas Arts’ adventure games and now available as Freeware with support on the ScummVM engine.

Originally released by Interactive Binary Solutions in 1995 for the Amiga and MS-DOS, and then later re-released as firmware in 2004 for ScummVM, Flight of the Amazon Queen is a point and click adventure game similar in style to The Secret of Monkey Island, of which it was originally inspired by.

The plot follows a very “pulp-esque” theme, with the usual “boy meets girl, girl gets lost, boy saves girl” type storyline that only gets more and more bizarre the further you play through. Based in 1949, the lead character, Joe King is the pilot of the “Amazon Queen” which crash lands in the Amazon jungle and it’s up to Joe to save both his passenger, the one and only movie star Faye Russel, but also an entire tribe of Amazonian women from a twisted plot involving an evil mastermind and… lederhosen. 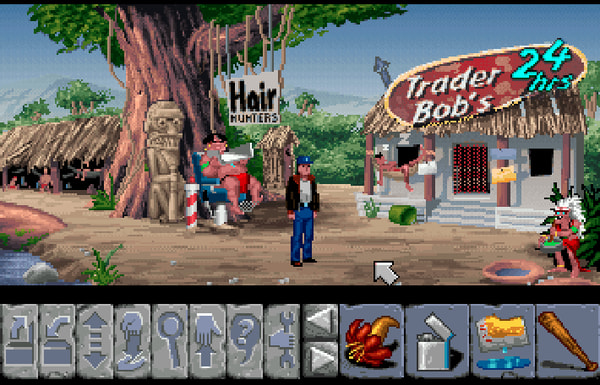 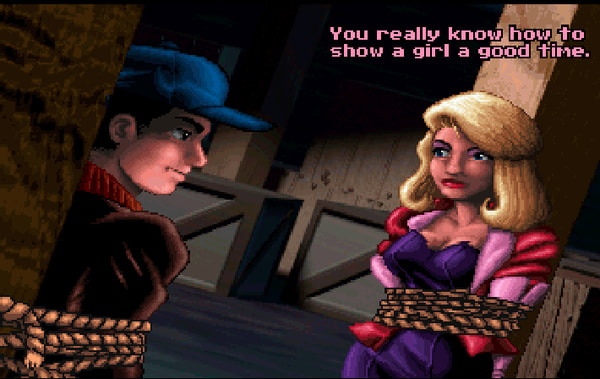 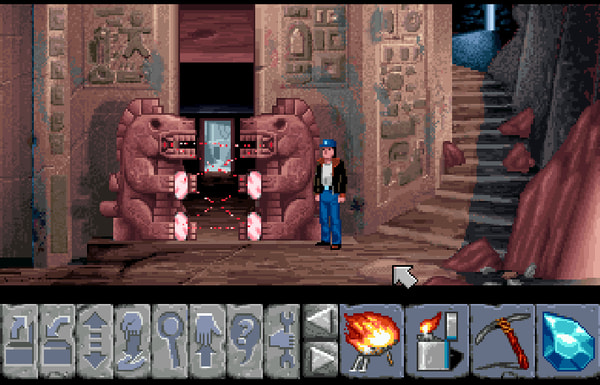 As Joe King, the pilot of the Amazon Queen, you must navigate your own fate in this point-and-click adventure brimming with fun-filled action. What began as a piece of cake job – flying a sexy movie star, Faye Russel to her next shooting location, soon turnes out to be a dangerous challenge, as you must outwit your unscrupulous rival the flying Dutchman and foil the plans of the evil genius Doctor Frank Ironstein… In the mysterious Amazon jungle you’ll encounter a dangerous temple, fearsome Amazonian warriors, and a powerful mad scientist intent on taking over the world!