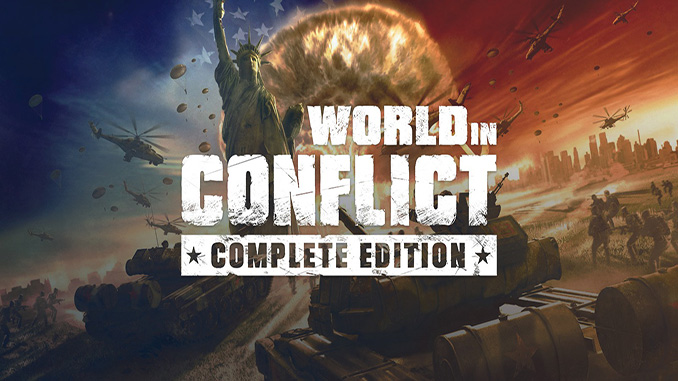 World War III rages and a Soviet-led army has launched a surprise attack on the U.S.A. Command your troops into fast-paced battles fought on a fully destructible battle-field. Strategy meets intense action in this epic clash of Super Powers!

The AWARD-WINNING WORLD IN CONFLICT® showed us what it would’ve been like if the Cold War erupted into World War III. In the original, you’ll play for the U.S. and defend your native soil against an invading Russian army. With the expansion you can go on the attack as you take control of the Soviet army in an attempt to paint the free world red. Award-winning original plus epic expansion – this complete edition will immerse you in an all-out battle for the heart of the free world.