Enter the world of Warcraft, a mystical land where evil Orcs and noble Humans battle for survival and domination. With an ingenious arsenal of weaponry and powerful magic, these two forces collide in a contest of cunning, intellect, and brute strength. Destroy the Orcish hordes or crush the weakling Humans… the choice is yours.

Even the children of the Underworld are no match for Azeroth steel!

My lord?
– Stormwind Castle looks down upon the lands that you are sworn to defend.
– Orc raiders threaten to destroy your town. Rally your troops to drive them back.
– Victory is yours! Cheers of victory come from the troops as the last Orcish corpse crumples to the ground.
– If only these worthless humans could fight as well as they die!

Stop poking meeeee!
– Devise dark strategies to wreak havoc upon your Human enemies.
– Defend your village from the brutal attacks of Human armies pale dogs.
– Gaze upon the destruction you have wrought and the broken bodies of your enemies!
– Why do you keep touching me?!Construct and rule your own medieval stronghold.
– Two-player versus mode supported via LAN.
– Play as either noble Humans or evil Orcs.
– Two dozen campaign scenarios within two separate story lines.
– More than 20 additional scenarios that can be customized for unlimited replayability.
– Command many unique creatures, including Demons, Elementals, Necromancers, Archers, and Spearmen.
– A rich soundtrack of classical Warcraft Music. 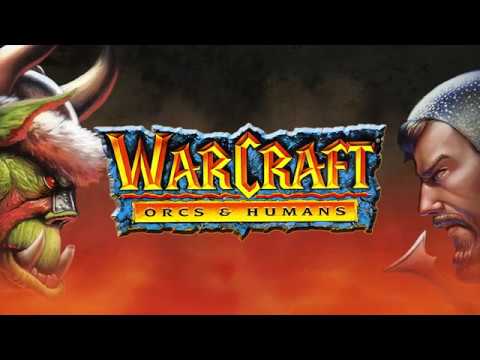 Enter the world of Warcraft, a mystical land where evil Orcs and noble Humans battle for survival and domination. With an ingenious arsenal of weaponry and powerful magic, these two forces collide in a contest of cunning, intellect, and brute strength.

Thanks! You guys are the best

Ths so much for this game and the second..my favorite games

Thank you so much!

For a better gameplay this game use this mod WarcraftMouseHelper with that left click mouse select troops, right to move or attack/harvast

Will you add Hitman Blood Money and Absolution?

Hi!, i install the game but when i open, don´t load, only show me a green screen, pls somebody help me…
Thanks a lot