Return to the Age of Chaos and wage war against live Orc and Human opponents with the same skill and fearless intensity you lived and breathed in your Warcraft: Orcs and Humans career. Put your skills to the ultimate test in the most epic Warcraft II battles ever.

Champions looking for the authentic experience can play the game as it was in 1999, with period-appropriate SVGA graphics, and the ability to matchmake through the classic version of Blizzard’s Battle.net® online-gaming service or LAN, allowing real-time combat with up to eight players. For Orcs and Humans seeking something a bit more modern, Warcraft II comes with an updated version of the game tuned for today’s gaming PCs, which includes out-of-the-box Windows 10 compatibility, LAN multiplayer, and high-resolution support via aspect ratio-correct upscaling.

TIDES OF DARKNESS
Return to the world of Warcraft, where the battle between the evil Orcs and the noble Humans rages on. With powerful new allies, terrifying creatures and ingenious weaponry, the struggle for the domination over Azeroth continues.

BEYOND THE DARK PORTAL
After destroying mystic gate into Azeroth, the Humans discover that the rift which allows the Orcs passage into their world still exists! Human forces must now venture beyond the Dark Portal into the dark, uncharted lands of the Horde…

– Dominate or die in 24 all-new scenarios set within two new story lines
– Discover new lands in over 50 custom maps created exclusively for bigger, bolder, and bloodier battles
– Step through the Dark Portal and venture into the Orc Homelands for the first time
– New legendary heroes aid in your quest as their battle between man and Orc continues
– 3D cinematic sequences that brought the world of Warcraft to life 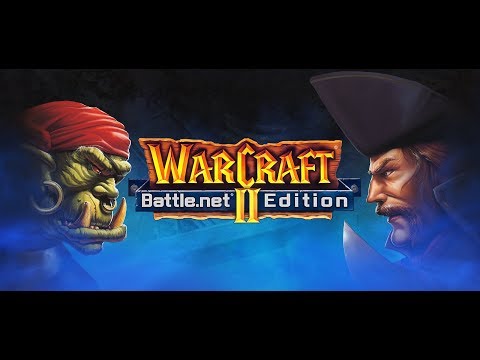 Return to the Age of Chaos and wage war against live Orc and Human opponents with the same skill and fearless intensity you lived and breathed in your Warcraft: Orcs and Humans career. Put your skills to the ultimate test in the most epic Warcraft II battles ever.

How to Download and Install Warcraft II Battlenet Edition

Thanks for this, excelent as always. Any chance of some of the older Total War games soon?
Cheers

Can you find this;

Its rather fun to play.

pls can you add the latest version, with all the different language installers? I need the german version.

Link doesnt work and therefore this page is trash.

This is a good old game thanks for providing this! Glad i found your site

it crash and i cant play

well i have windows 10,and when i click warcraft 2(also warcraft 2 classic)nothing happend i think it crash

Thank you very much!