In 1997, Westwood Studios released a game that won the love of players and critics around the world and received many awards, including the title of “Best Adventure Game of the Year” from the Academy of Interactive Arts and Sciences (AIAS). Blade Runner, set parallel to Ridley Scott’s classic 1982 sci-fi film Blade Runner, is back on modern computers! You play as Detective Ray McCoy. Using the skills of an investigator and the gadgets used by the Blade Runners, you explore the gloomy rain-drenched streets of Los Angeles in 2019 to find escaped androids. Finding these so-called “replicants” is not easy, because they look and behave almost like real people. Faced with moral dilemmas, McCoy soon begins to question his humanity…

Features:
– Embark on a dark, harsh Los Angeles of 2019, where you will become both a hunter and a prey.
– Explore over 100 interactive locations, some of which are taken from the 1982 Ridley Scott movie.
– Become the hero of a non-linear narrative that makes each playthrough unique.
– Chat with over 70 artificial intelligence (AI) characters who follow their daily routine and are animated with motion capture.
– Play as Detective Ray McCoy and use the blade runner technology you know from the movie. Identify human replicants with the ESPER photoanalysis system and use a portable database to study evidence.
– Enjoy rain and smoke effects that enhance the noir atmosphere.
– You will hear the voices of Hollywood stars from the original film, including Sean Young, James Hong, Joe Turkel, Brian James and William Sanderson.
– Listen to a rich canvas of background sounds and music featuring recreated pieces from the Blade Runner soundtrack.

Armed with your investigative skills and the tools of the Blade Runner trade, you’ll be immersed in a world that lives and breathes around you with breakthrough lighting and visual effects. Your ability to survive will be put to the test in the richest game environment ever created.

Immerse yourself in the dark, gritty world of Los Angeles 2019, where you become both the hunter and the hunted. 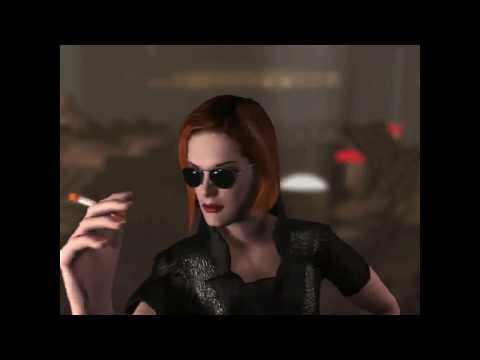 In 1997 Westwood Studios released a title that won universal praise from gamers and critics all around the world, along with accolades like AIAS’s Adventure Game of the Year award. Set in the same time and universe as the 1982 classic science fiction film by Ridley Scott, Blade Runner video game is now making a big comeback on modern computers.

Thank you for this game!

Could you upload Second Sight? Please.

I’ve Never played this game …think ill give it a try. thanks for this.

For anyone wondering why the file is so large, it’s because it’s multi-lingual. Just cut out the languages you don’t need – the English version is 1.3 gigs.

is it multilanguage? Thank you in advance

is this the scummVM version?