About this game:
Ash of Gods: Redemption is a turn-based RPG that combines tactical combat, CCG elements, and a constantly evolving story in which no one is safe from death, including the main characters.

GAMEPLAY
Ash of Gods is the story of three separate protagonists rising in response to a centuries-old menace once thought to be mere folklore.

Ash of Gods’ storyline is constantly evolving in response to players’ choices, sometimes even resulting in death. But, the death of a character is not game over. Instead, the story moves forward with the death of that character and previous choices continuing to impact future events.

Combat in Ash of Gods is a blend of both traditional turn-based strategy and CCG gameplay. While individual tactics will depend upon the skills and classes of your characters, you will unlock and accumulate cards that have the power to unleash powerful abilities, sometimes altering the course of an entire battle.

WHAT MAKES ASH OF GODS UNIQUE

Decisions with Major Impacts
Every decision, whether on or off the battlefield, has the capacity to alter the course of events and the fate of your party with major repercussions. But, even the death of your leader is not the end of your journey.

No Random Dice Rolls
There are no dice throws to determine chance-to-hit or the force of a blow. In Ash of Gods, true tacticians must master the skills of their classes and harness the powers granted by their limited supplies of cards, or suffer the consequences.

AI that Adapts to You
Ash of Gods’ AI adapts to your style of play to ensure a consistently challenging experience with no room for cheap tactics or invincible team builds.

PvP Multiplayer
Challenge other players and compete for a spot on the leaderboards. Unlock new characters, upgrades, and cards to customize your tactics even further.

Rewards for Risk
Expend your own HP for a last-ditch attack. Go into battle with a smaller team to get better cards and quicker rounds. Take the shorter, but more dangerous route to save on resources. Ash of Gods rewards those willing to take the risks.

THE STORY
After 700 years, peace in Terminum is about to end. The Feast of the Spring Equinox is in full swing when the town bell begins to ring. Captain Thorn Brenin, the bodyguard Lo Pheng, the scribe Hopper Rouley, and many others, do not yet know that the reapers have returned and intend to drown the world in blood so that they may awaken the sleeping gods.

Written by the award-winning fantasy author, Sergey Malitsky, Ash of Gods is a story-rich game full of memorable characters, powerful dialogue, and deep lore. Malitsky is currently working on a new novel stemming from the events of Ash of Gods.

THE ARTWORK
Inspired by the works of Ralph Bakshi (The Lord of the Rings), classical Disney animation, and the prolific Soviet studio, Soyuzmultfilm (The Snow Queen), Ash of Gods features intricately hand-drawn illustration and animation. Rotoscoping, a technique in which a scene is first filmed with a live actor to use as reference, instills every frame of animation with incredible detail and a true sense of life. 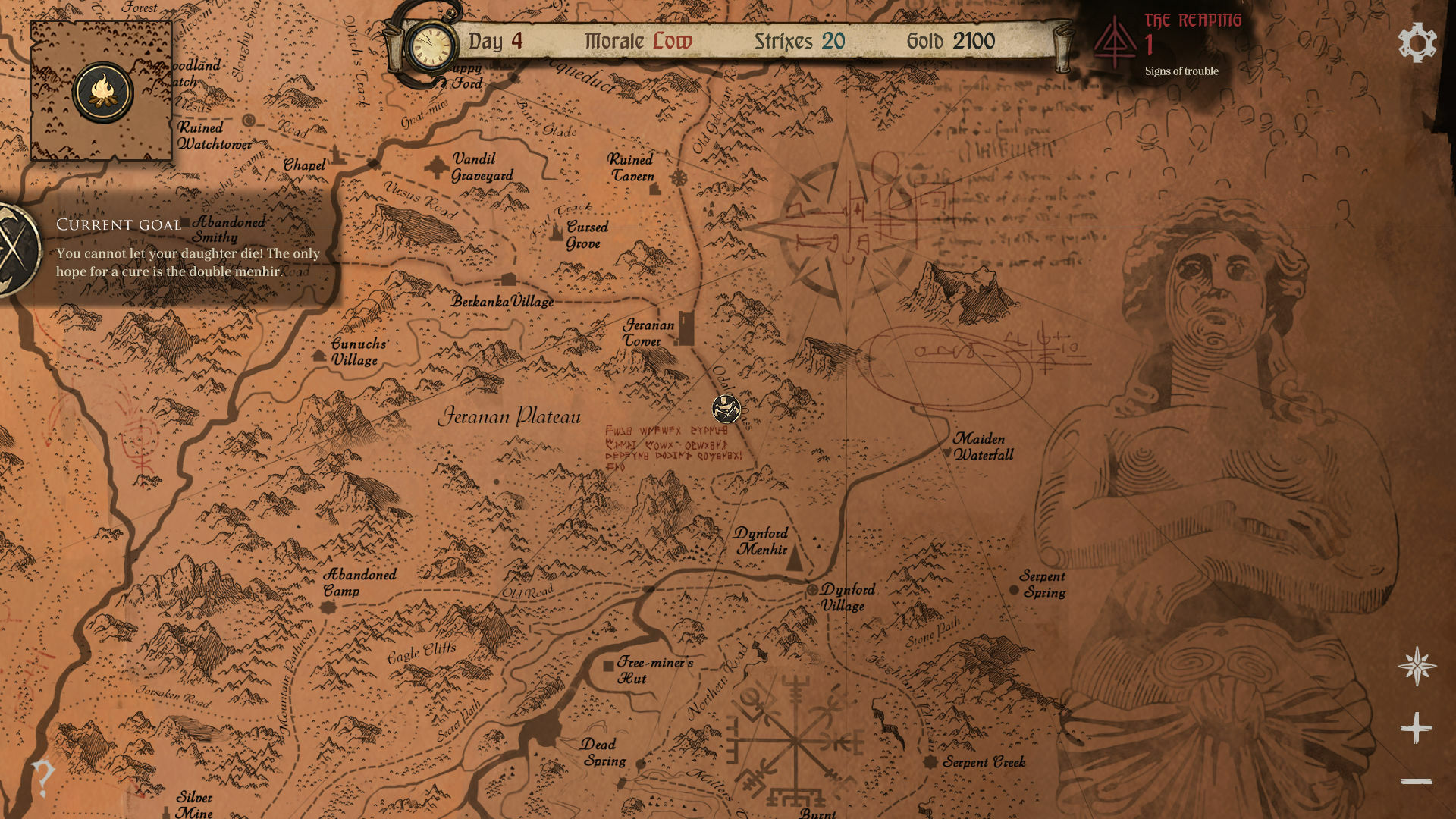 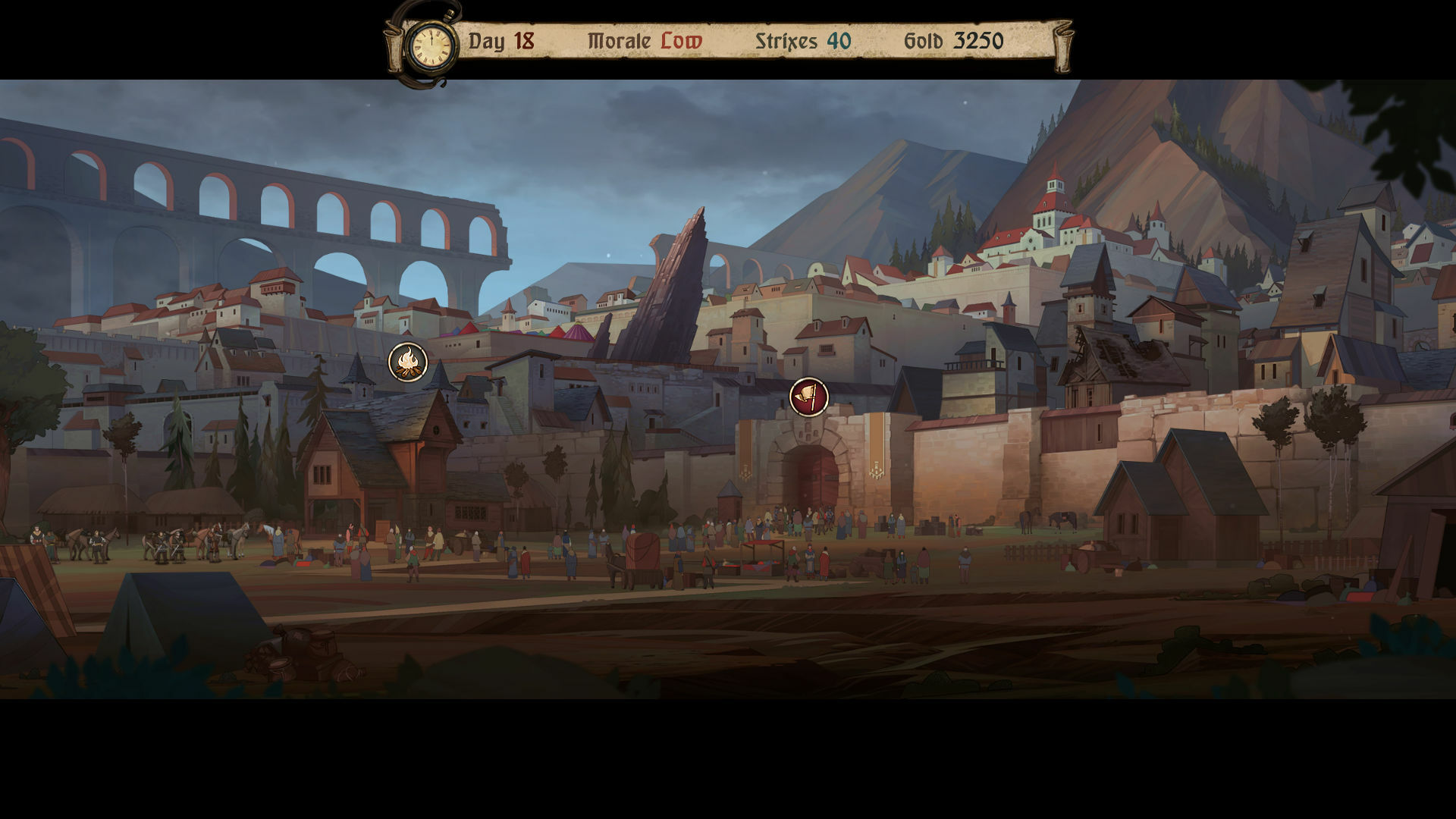 Ash of Gods: Redemption is a turn-based RPG that combines tactical combat, CCG elements, and a constantly evolving story in which no one is safe from death, including the main characters.
GAMEPLAY
Ash of Gods is the story of three separate protagonists rising in response to a centuries-old menace once thought to be mere folklore.

We are closing the comments again as we are facing problems with the ads and google… We will discus of how or what we will do to maintain this site or stop it. 🙁 🙁 🙁