About this game:
He is coming, a possessed man is coming, a voodoo mask in his chest and lines of power in his back. Shadow Man is coming. Going after evil from Liveside to Deadside. To stop the Apocalypse. To save your soul.

Shadow Man is a nonlinear third-person action/adventure game inspired by the Valiant Comics title of the same name. The game encompasses two enormous and varied worlds. Travel through Liveside, the land of the living, as mortal Mike LeRoi, and explore Deadside, the place where lost souls spend an eternity in torment, as his alter ego, the voodoo warrior Shadow Man. Take a ride into the unexplored territories of the human psyche as you try to stop a marauding band of villains from unleashing unspeakable horrors upon the world as we know it.

– Based on the Shadowman comic from Valiant Entertainment.
– Stalk criminals across two worlds exploring crime scenes in the Louisiana swampland, a New York tenement, a Texas prison, and many other locations.
– Gather sinister voodoo artifacts in order to solve puzzles.
– Send evil back to the darkness with high-caliber guns, such as the Flambeau and Violater, or use soul-destroying voodoo power. 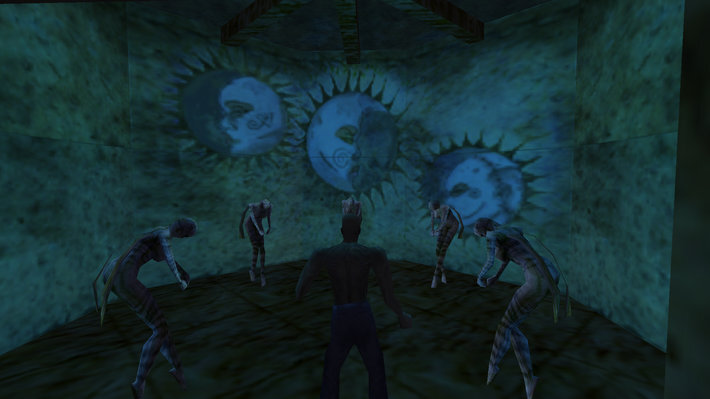 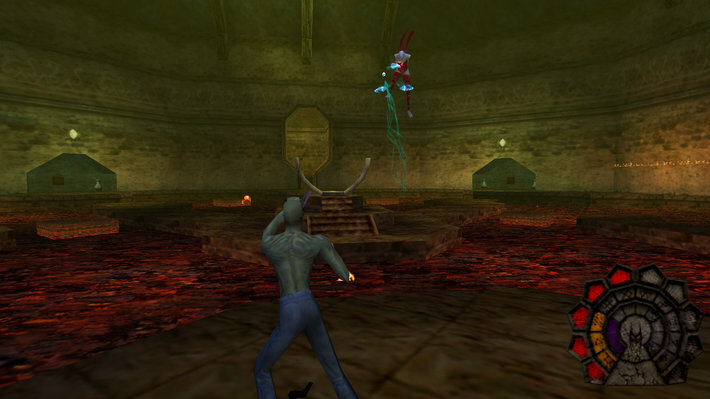 He is coming, a possessed man is coming, a voodoo mask in his chest and lines of power in his back. Shadow Man is coming. Going after evil from Liveside to Deadside. To stop the Apocalypse. To save your soul.