Konung 1 + 2 includes Konung: Legend of the North and Konung 2: Blood of Titans

The world of Konung is a unique and spacious fantasy land, that combines parts of known history with classical myths and the legends of the Chronicles, including immortal heroes, magical artefacts and ancient sorcery. The whole world is shaped by three cultures on the verge of the second millennium: tribes of wild Slavic hunters, noble traders of the still-powerful Byzantine Empire, and fearless Viking warriors.

Konung: Legend of the North
Konung: Legend of the North takes you back to mystical, 7th century Scandinavia where you will find yourself in a world of legends, immortal heroes, brave warriors, and ancient sorcery. Konung combines role-playing adventure with strategic elements in a dazzling and detailed environment. With a strong immersive story line and numerous non-linear quests, this great fantasy world will come to life.

Your quest is to restore the Dragon’s Amulet and find the eternal Bracelet of Lordship, bringing order to the world. But the Dragon’s Amulet has been broken into three pieces. Now, three heroes roam the lands, each in search of fragments that will grant them the power to rule mortal men. They will choose between good and evil. They will look deep into their own souls to find the answers that will lead them to the end of their quest. On their shoulders rests the fate of the world…

– Choose from three different heroes each with their own personality and class.
– Lead your party with up to nine different characters, each with their own abilities and inventory.
– Colorful, real-time light effects including twilight effects for day and night cycles.
– Communicate with more than 200 different characters.
– More than 100 items with different parameters and magic enhancements, producing more than 40,000 combinations.
– 50 magical artifacts with different abilities, including teleportation hub and resurrection.
– Independent development of villages, build houses, wells, barracks and many other structures.
– More than 60 non-linear quests that can be solved in several ways.

Konung 2: Blood of Titans
Konung 2 is a sequel to Konung: Legend of the North. According to the storyline Good and Evil traded places. The main hero that won a victory over the forces of Evil in the first part of the game has fallen under the influence of a very powerful magic artifact — Sovereign bracelet. The hero became the Dark Master, the biggest threat of his land. His mind is completely controlled by the bracelet and he is trying to subdue all other magic artefacts.

Only six heroes, descendants of the Titans, can stop him. They must be fearless and very cautious. Their enemies are not only bloodthirsty monsters but Master’s warriors as well. Their task is hard but it’s the only way to save their land. 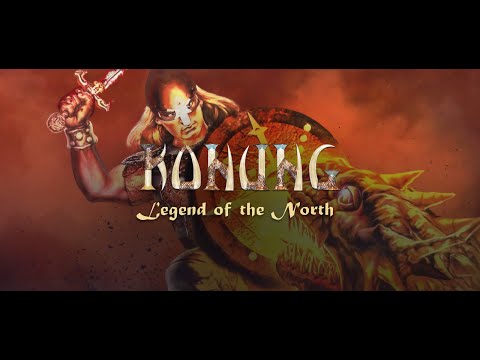 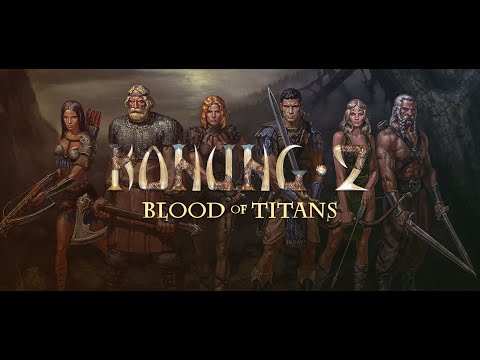 Konung 1 + 2 includes Konung: Legend of the North and Konung 2: Blood of TitansThe world of Konung is a unique and spacious fantasy land, that combines parts of known history with classical myths and the legends of the Chronicles, including immortal heroes, magical artefacts and ancient sorcery.

Please note that you need a Torrent Client to download Konung 1 + 2
If you like the game don't forget to share. Thank you! Hope we served you well.