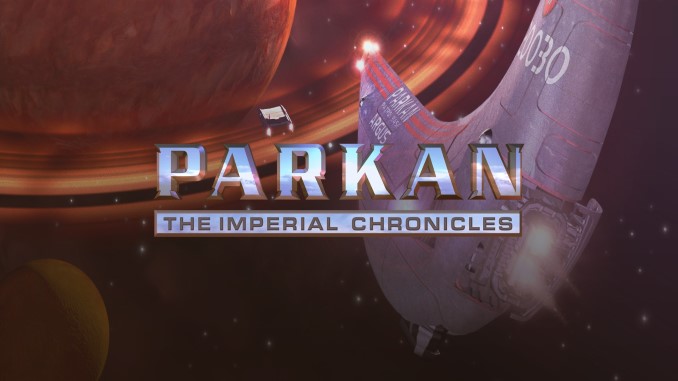 It has been 4,097 years since the founding of the space colony Lentis, now a war-torn sector of the galaxy, abandoned and left to rot by humanity.

You are the pilot of the Imperial starfighter, Parkan, assigned to the patrol base, Argus. You journeyed to this forsaken corner of the galaxy to find a lost research vessel called Wanderer, which has mysteriously vanished in the deepspace vacuum of the Lentis sector. Now, however, you find yourself aboard your ship as it helplessly drifts into orbit around a strange and nameless sun – your last interstellar jump has knocked out your starfigher’s long-distance communication system and the hyperdrive.

Your task is rather simple: find the missing research vessel, discover what happened to it, and return back to Argus base. But you have your work cut out for you… to find the Wanderer and make it back in one piece, you’ll need to traverse the dark galactic expanse that is Lentis and overcome several challenges:
– Refit your Parkan fighter for interstellar travel and secure fuel for its engines.
– Upgrade Parkan: find new weapons systems and navigation aids before moving on to create a squadron of auxiliary drones and ships.
– Explore the dangerous and remote planets of Lentis: Establish relationships with representatives of indigenous robot clans and try your hand at being a galactic merchant or a mercenary.
– Battle local pirates, try to gain the upper hand in space dogfights and survive numerous skirmishes with ship crews and bands of marauders in the labyrinths of derelict spaceports.
– And finally, colonize the entire surface of planets, construct bases, mines, and factories – establish your own clan of robots as you scour Lentis in search of the missing Wanderer.

* Your mission is clear – how you choose to complete your objective is up to you!

* Historically significant: first ever Russian space sim, originally released in 1997 and one of the first space games to feature procedurally generated star maps and planets.

* Openworld space faring: explore & colonize a wide variety of planets, engage in diplomacy with several different robot clans, dogfight in space, choose to either destroy or board enemy ships, be a freelancer or a pirate.

4 thoughts on “Parkan: The Imperial Chronicles”