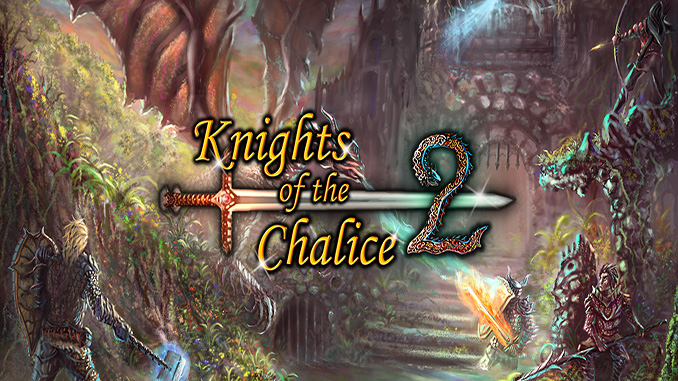 Knights of the Chalice 2 is a 2D RPG with turn-based combat for Windows and macOS. The game uses the OGL 3.5, the set of rules at the root of Dungeons & Dragons 3.5, a role-playing game from Wizards of the Coast.

Create a party of up to six adventurers and explore the village of Finchbury and the dangerous sewer complex that lurks beneath the town. You will be able to recruit eight new companions during the course of the adventure.

The characters will soon find themselves caught up in deadly conflict with a powerful group of evil worshippers, the Circle of the Black Rose. Your epic struggle for survival and justice will culminate in the retaking of Gleegold Keep from the forces of evil.

Turn-based, party-based tactical combat similar to that found in the RPG Dark Sun Shattered Lands made by SSI and in Troika’s Temple of Elemental Evil.

Advanced emergent Artificial Intelligence. Enemies act as a group and support each other. They can use special actions like Grapple, Trip, Disarm, Sunder, Feint, Bull Rush, Ready Versus Spell or Swallow Whole and other tactics like taking a Five-Foot step before casting Maximised Fireball. They might use a Wind spell to dissipate the player’s Acid Fog.

Multiple-choice dialogue options offering real choices and real in-game consequences to the player. Use your party’s unique skills and consider your own preferences and playing style in order to resolve situations in the most suitable manner. Accept or decline various optional quests and join different factions with conflicting interests. Create the perfect combat-focused party, or have fun creating a party of eccentric misfits.

Enjoy a variety of engrossing puzzles and riddles. Use your intuition and logical thinking to decrypt mysterious coded messages. The game’s cryptography interface, inspired by Broken Sword Shadow of the Templars, makes decoding a captivating activity. Do not worry about the difficulty of puzzles and riddles, though, as the game frequently provides Hints designed to help you resolve this type of challenge.

Play through the extensive Tutorial Adventure to learn the ins and outs of the game’s interface easily. The tutorial is a unique adventure. It features multiple endings and offers a number of important choices. Create your main character and start exploring the ruins of the ancient citadel of King Valdrek. Your adventure will bring you new friends, but you may also get more than what you bargained for.

Experience brand new tactical challenges. Get ready for pitched battles with frequent enemy reinforcements. Some monsters will attack the party once it is divided into two subgroups. Your characters may have to fight underwater, brave the heat of a volcano, or endure the toxic fumes of a gigantic poison trap. Some particularly devious areas, called Death Snares, will tax the party’s fighting ability and survival skill to its extreme limit.

KotC 2 Augury of Chaos allows you to create your level-1 characters and take them all the way to level 21 or so. There is no limit on character level. You can create up to six characters from scratch. In addition, you may recruit eight permanent companions during the course of the adventure, increasing your total number of party members to eight or nine by the end of the game. Temporary companions and allies will also be assisting your party from time to time.

User-friendly interface. Launch a charge, full-attack or coup-de-grace with a single click – the computer will automatically look for the best option available. Out of combat, move the party with a single click or by keeping the mouse button pushed. See the KotC 1 How to Play webpage for more information.
Omnipresent help files and clear in-game feedback on the results of each dice roll, saving throw, attack roll, modifiers and so on. A similar feature exists in Temple of Elemental Evil.

With the right materials and sufficient gold and experience points, craft your own weapons and armour and apply enchantments like Vorpal, Life Stealing, Wounding, Swift, Dispelling or Flaming Burst. See the complete list of enchantments for details.

Use the powerful integrated toolset to create new modules and campaigns easily. Easily swap monster tokens and sprites or create new ones. Create new monsters, new dialogues and new maps easily. The best modules may also generate an income stream for you thanks to the 5-5-5 User Module Offer.

Enjoy fast Saved-Game loading and saving and numerous game options designed to accelerate gameplay. Enjoy various convenience features, such as the Saved-Game preview image display, automatic potion and scroll distribution to the party members, Tab key press to highlight objects that may be interacted with, Inventory Screen weapon-comparison tooltip, and the highlighting of spell scrolls that may be learned by a character.

Thanks to its successful Kickstarter campaign, KotC 2 will receive many further improvements in the future, including new creature sprites, new feats, new items, a new iconised combat-actions menu, and more. New adventure modules will also be created.

Enjoy collecting 100 GOG Galaxy achievements designed to challenge the best tacticians. Easily increase the difficulty level to create a drastically different experience where each and every one of your decisions both in combat and out of combat could mean the difference between life and death. Or simply download an extensive user module, such as Dorateen’s Hearkenwold, for an awesome change of pace. Get ready for hundreds of hours of immersive and delightful playtime!

For much more information about KotC 2 and KotC 1, please visit the developer’s website. Feel free to post in the Forums or send your feedback directly to the developer by email. Thank you for reading, Brave Knight! 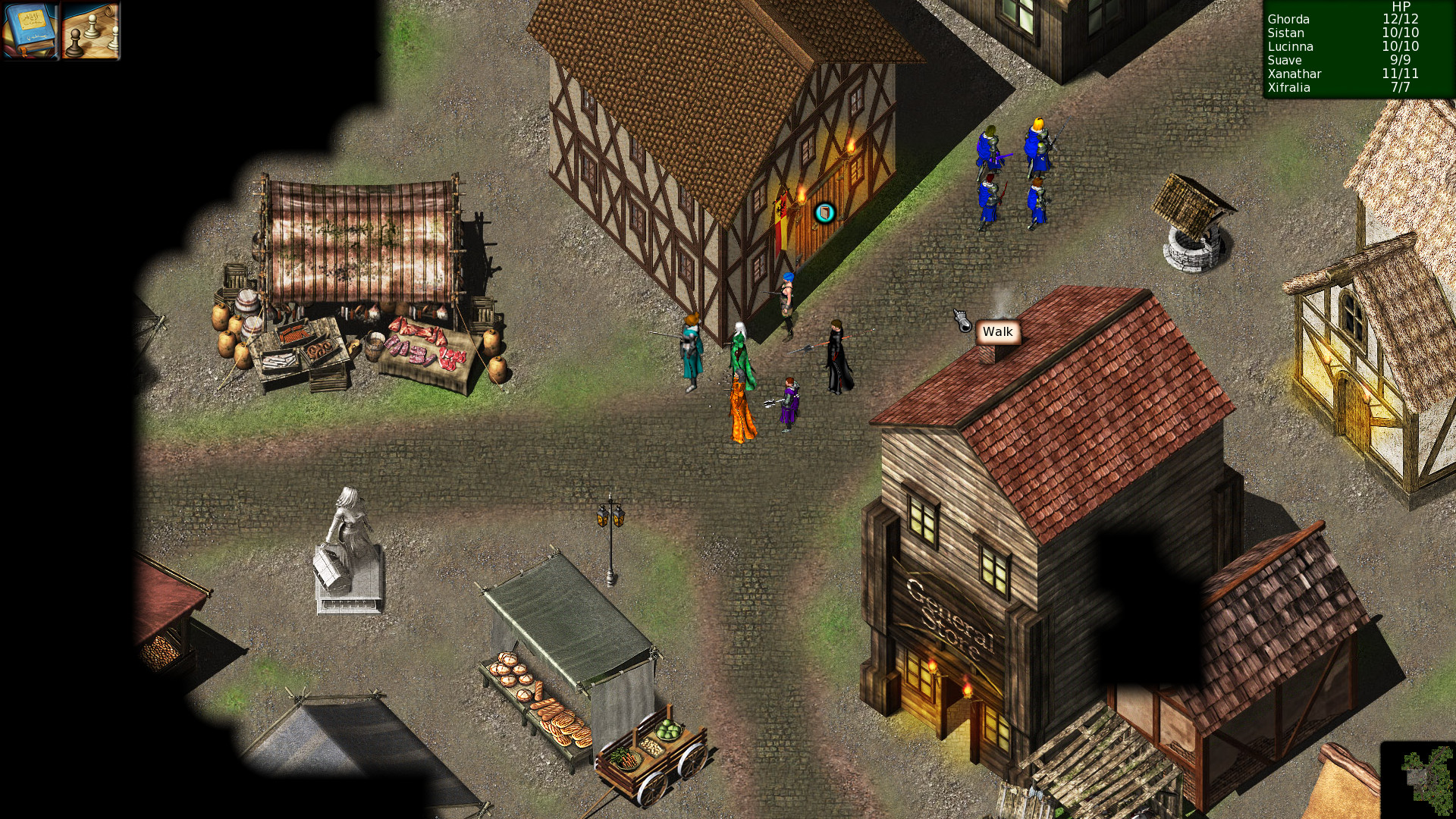 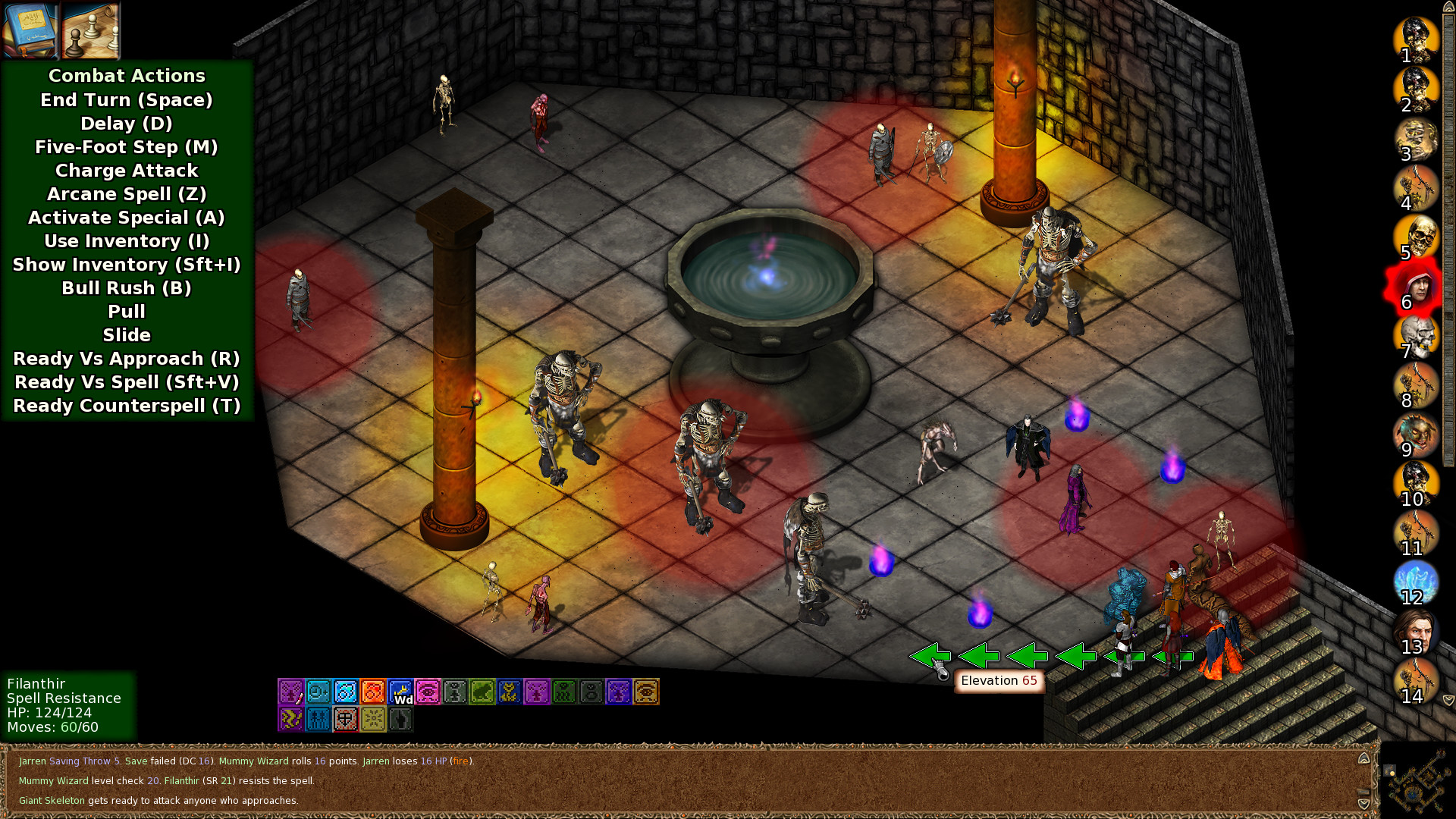 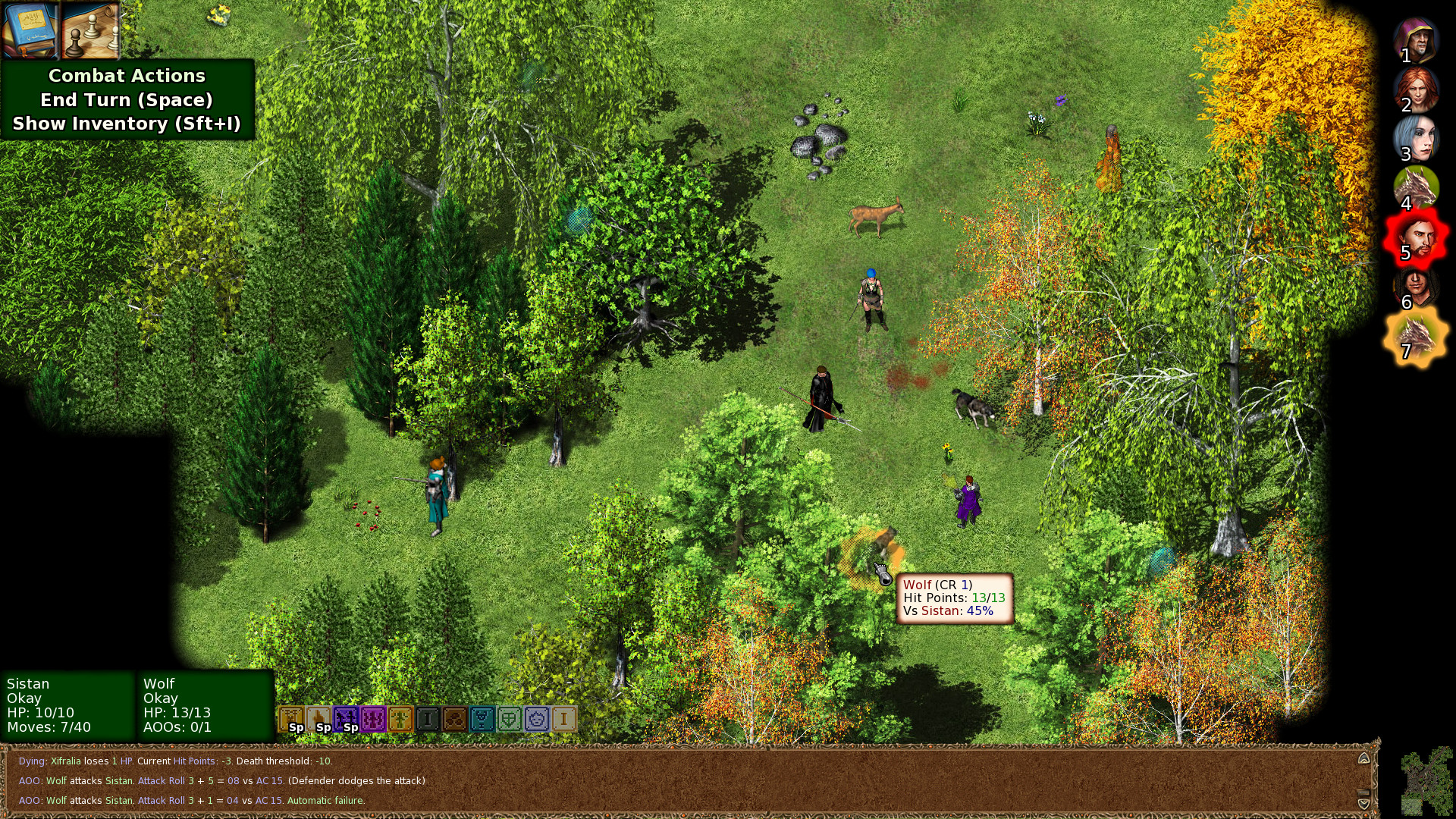 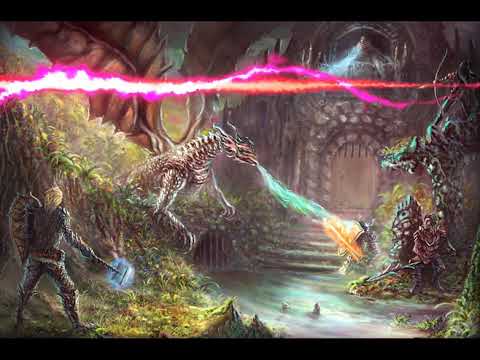 Knights of the Chalice 2 is a 2D RPG with turn-based combat. Create six Adventurers and set forth on an epic adventure against Evil. Overcome the odds with superior tactics. Enjoy a whole new dimension of complexity and variety based on the 3.5 ruleset! Includes a Module Editor.