Deceived by the forces of evil into prematurely bringing about the end of the world, War – the first Horseman of the Apocalypse – stands accused of breaking the sacred law by inciting a war between Heaven and Hell. In the slaughter that ensued, the demonic forces defeated the heavenly hosts and laid claim to the Earth.

Brought before the sacred Charred Council, War is indicted for his crimes and stripped of his powers. Dishonored and facing his own death, War is given the opportunity to return to Earth to search for the truth and punish those responsible.

Hunted by a vengeful group of Angels, War must take on the forces of Hell, forge uneasy alliances with the very demons he hunts, and journey across the ravaged remains of the Earth on his quest for vengeance and vindication.

Apocalyptic Power – Unleash the wrath of War, combining brutal attacks and supernatural abilities to decimate all who stand in your way

Original version of the game:Darksiders 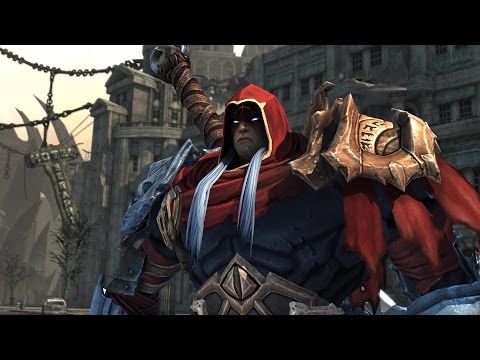 Deceived by the forces of evil into prematurely bringing about the end of the world, War – the first Horseman of the Apocalypse – stands accused of breaking the sacred law by inciting a war between Heaven and Hell. In the slaughter that ensued, the demonic forces defeated the heavenly hosts and laid claim to the Earth.

Please note that you need a Torrent Client to download Darksiders Warmastered Edition cs2679
If you like the game don't forget to share. Thank you! Hope we served you well.

Thank you, and thumbs up! 🙂

• Fix for AMD performance problems.
• Fix for users with Non-ANSII character based usernames that had problems to get config saved / loaded.
• Fix for users without pre-existing keyboard config could not load / save keyboard config.
• Note : If you had working keyboard config load / save, then please copy your keyboard configuration to
the new place.
• The old file was %localappdata%\\Darksiders\\controls.dcon. New location and filename is %appdata%\\
kaiko\\darksiders1\\keymapping.bin. Please just copy the file and rename it.
• Aspect ratio works now in windowed mode, should work with full screen and non 16:9 Monitors.
(please give feedback).
• FOV settings (auto and user controlled) work now in all cases.
• Framerate cap lifted from ~ 100 fps to ~330 fps.
• Mouse wheel should now work as input (its default for switching targets).

Hi and thank you for your work. I have a problem. I downloaded the game but when i try to apply the patch Darksiders Warmastered Edition Patch 2.2.0.4 he said me that cannot apply because this patch is oncopatible with Gog galaxy version of the game and might break it. If i try to continue it gives me error. Do you know Why ?
Thanks