About this game:
Dungeon Rats is a turn-based, party-based dungeon crawler set in the same world as Age of Decadence. This is an RPG focused almost exclusively on squad level tactical combat for players who enjoy turn-based games in general, and AoD’s combat systems in particular. If fighting your way out of a prison mine – and frequently dying in the attempt – is your idea of a good time, you’ve come to the right place.

Starting out as a new prisoner at the bottom of the gangs-ruled prison hierarchy, and of the prison itself, you must fight to survive and develop your combat skills, acquiring better weapons and equipment as you go. Recruit allies to your struggle or carry on as a lone wolf, and kill anyone foolish enough to stand in your way.

Notable changes from The Age of Decadence:
– Party-based – the most frequently requested feature.
– Flanking and other strategic bonuses. Positioning matters a lot.
– Manual placement of your characters before a fight.
– Charisma determines the number and quality of your party members.
– Skill points are split between the party members: more people means fewer skills points per person and slower level ups.
– New weapons, armor, and creatures.
– 3 difficulty levels: Nice Guy, Tough Bastard, Murderous Psychopath

– Detailed crafting and alchemy systems: forge your own weapons, brew potions and poisons, experiment with Liquid Fire and Black Powder.

– 8 weapon types: Daggers, Swords, Axes, Hammers, Spears, Bows, Crossbows, and Throwing Weapons, each with its own advantages and disadvantages.

– Fully customizable main character, as well as 10 possible companions, not all of them human (maximum party size is 4).
50 challenging fights and 4 different endings 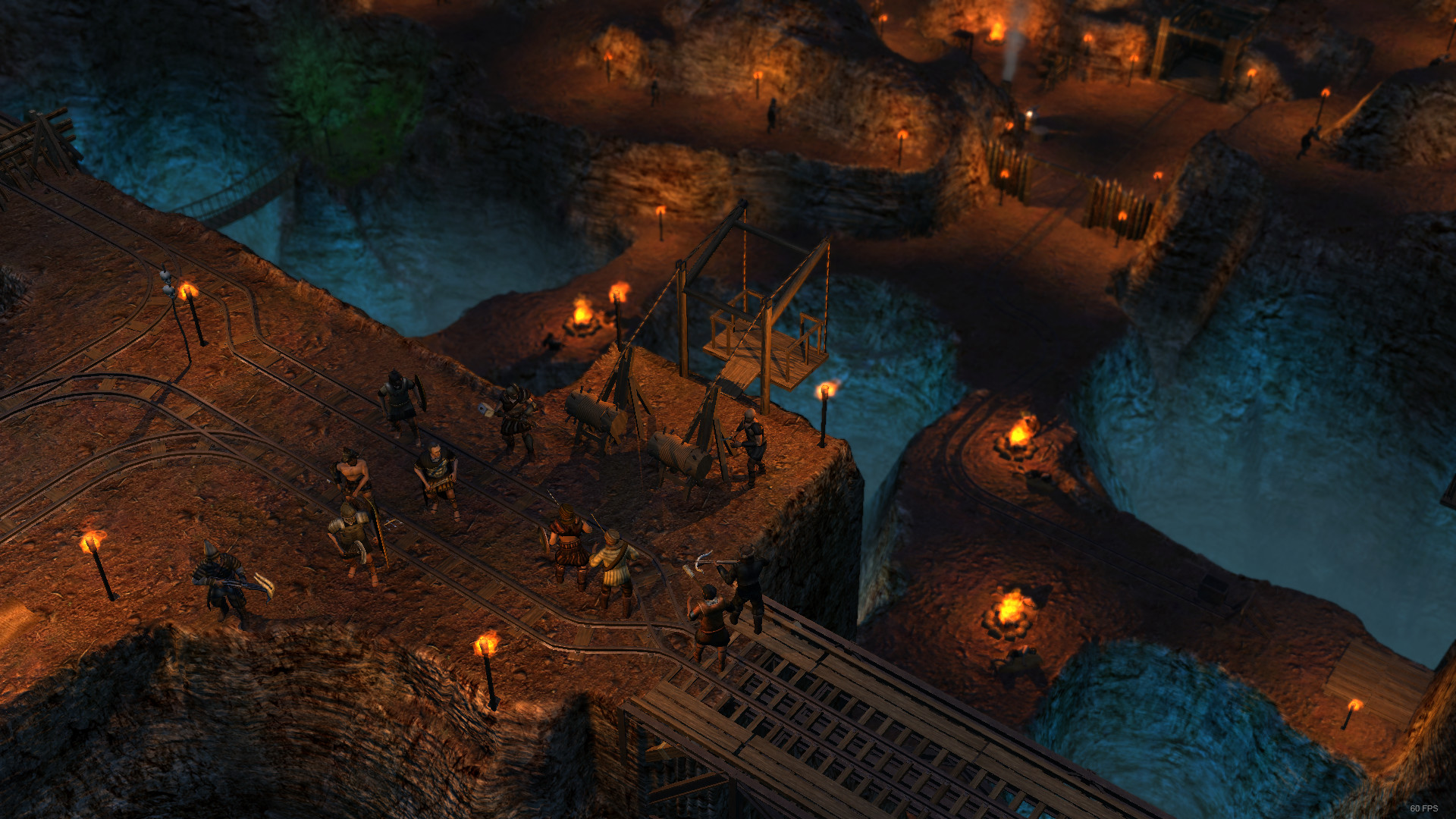 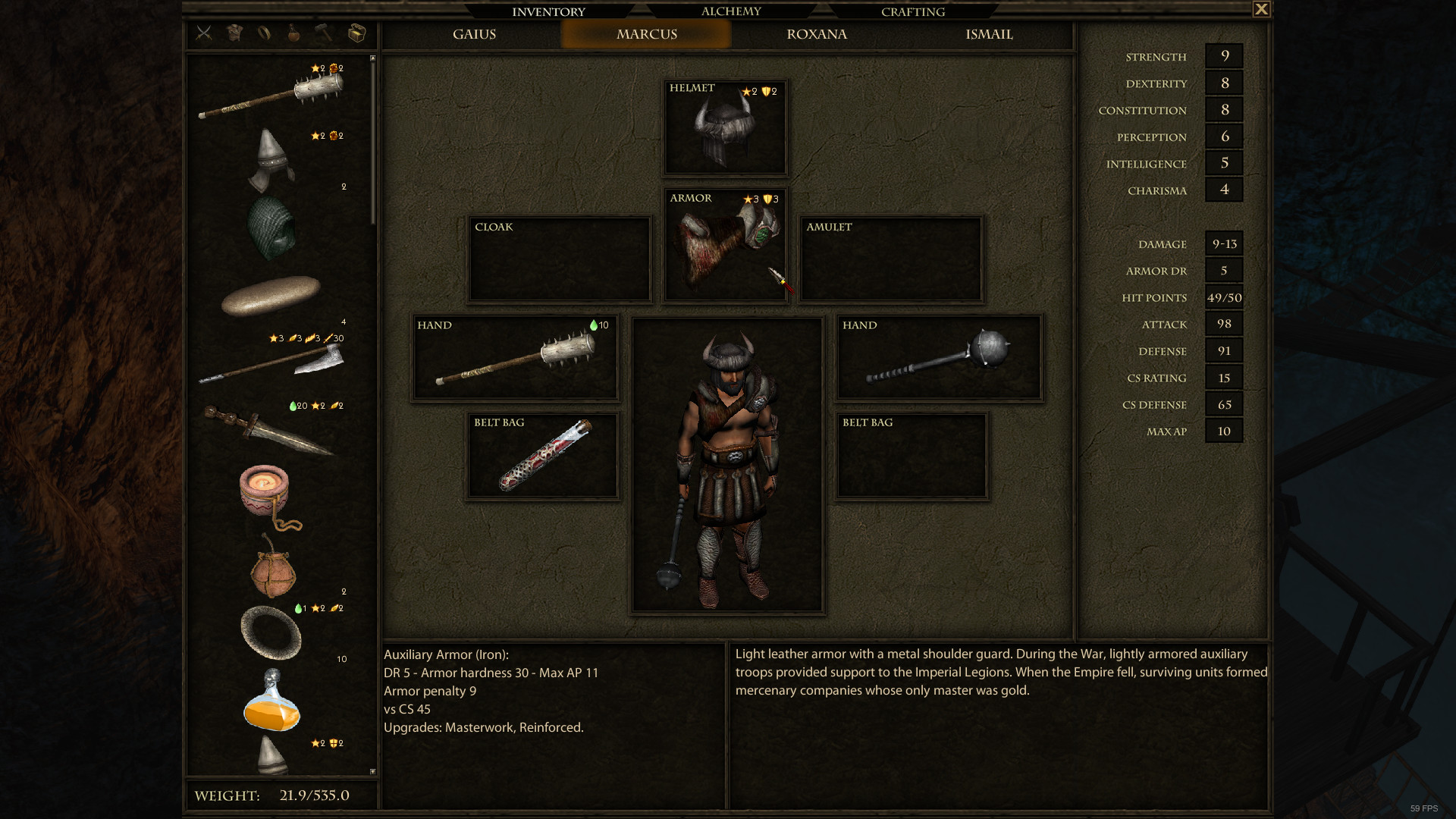 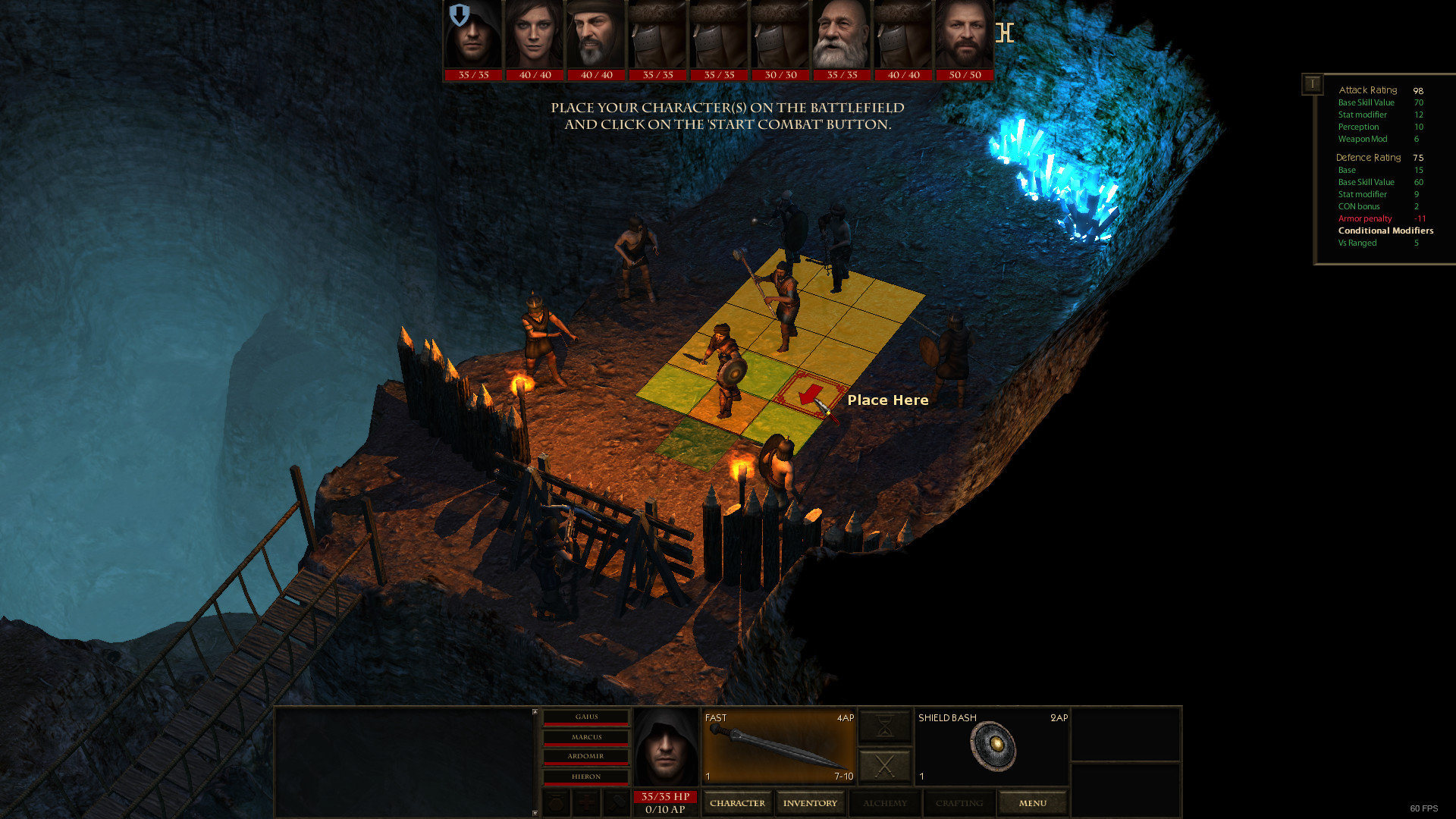 Dungeon Rats is a turn-based, party-based dungeon crawler set in the same world as Age of Decadence. This is an RPG focused almost exclusively on squad level tactical combat for players who enjoy turn-based games in general, and AoD’s combat systems in particular.