Tales speak of a mythical Airborne Kingdom, a floating metropolis that united all the nations of the world under its banner. One day, it disappeared, leaving its allies alone, and isolated. Decay and decline soon followed, with each left to fend for itself. Aeons later, a spark of hope emerges: A new floating city takes to the skies, to hopefully rekindle the tales of old and unite the struggling people of the world once more. Reconnect them and usher in a new era of harmony and prosperity.

Take control of this new sky city and build it up from a fledgling town to a bustling metropolis stretching across the horizon. Roam the skies of the world, seeking out resources and opportunities below, find lost temples and deserted cities, complete quests, and usher in a new era of prosperity in the critically-acclaimed sky city builder, now available on GOG!

– Construct the sky city, a beacon of hope for the people of the world. Build housing and service buildings, research technologies, and gather resources to sustain its community.
– Face crucial challenges. Balance air drag with propulsion, lift with mass, and of course, the timid tilt.
– Attend to the people. Citizens require houses, food, medicine, and assorted creature comforts. Create the infrastructure to meet their needs and take the first steps towards making myth reality once more.

– Explore a vast, randomized world. Locate raw materials and process them into resources necessary to expand the city and seek out terrain-bound kingdoms to bring into the fold.
– Aid the struggling ground kingdoms. Complete quests to gain their allegiance, expanding your city’s influence and establishing its legacy.
– Unearth the secrets of the first Airborne Kingdom, exploring the skies and seeking out secret shrines and forgotten ruins, learning its rich history.

– Build and optimize, explore and help, or just kick back and relax as the floating city makes its way through the sky.
– Tinker with the city in Creative Mode and create the greatest floating city in history, free from resource limitations or the pressure of time.
– Enjoy a vibrant art style and calming soundtrack, as you restore serenity to a world in need of hope.
– Seek out greater heights with previously released DLC content including New Game Plus and a Hard Mode 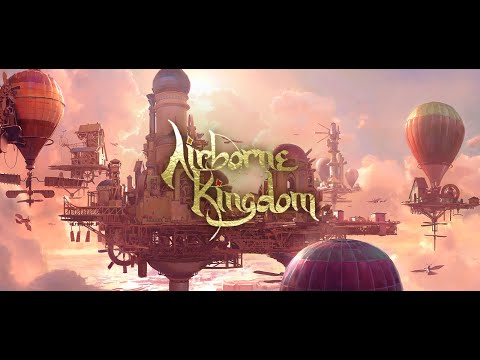 Tales speak of a mythical Airborne Kingdom, a floating metropolis that united all the nations of the world under its banner. One day, it disappeared, leaving its allies alone, and isolated. Decay and decline soon followed, with each left to fend for itself.