About this game:
Order of Battle: World War II
A breath of fresh air for all strategy fans. It is a game that takes wargaming to a new level by upgrading every single game element and rebooting the genre for a new generation of players. Detailed terrain, rich animations and a slick interface, all within a traditional setting and with the elements that are familiar to experienced players – Order of Battle: World War II follows in the footsteps of all time classics, such as Panzer General.

With a selection of over 700 unique looking and behaving units, players can build and manage their army, fleet and air force throughout the campaigns set in the various theatres of operations during WW2. A unique system of specializations allows players to customize their forces with special units, bonuses and abilities that reflect the difference in strategies and mentality of the various factions.

A set of unique Commanders – split between Generals, Pilots and Captains – is gradually unlocked in the campaigns. These can be attached to specific units to provide unique bonuses to anything in their command range. While good use of unit types and tactics remains the player’s priority, clever use of Commanders can tip the balance in an offensive operation or buy just enough time in defense to turn the tide to your favor.

In Order of Battle: World War II, a unique supply system also plays a key factor that directly affects the combat efficiency of the units. Landing on an enemy island without any support ships will prevent the invasion forces from building a solid beachhead, and breaking the supply lines of your opponent, isolating his units and making encirclement maneuvers are the strategies required to achieve an ultimate victory.

Classic turn based, hex based gameplay with an intuitive UI and great depth.
Play in dynamic campaigns with unit carryover and multiple “what-if” scenarios.
A rich 3D world with detailed animations and effects. Turn-based wargaming has never looked this good!
20 different Specializations give a unique feel to each faction including Banzai Charge, Bushido Code and even the Manhattan Project.
Over 700 different unit types, including infantry, tanks, ships and aircraft, each with unique visuals and animations
Attach unique commanders to your units to give them additional offensive and defensive bonuses
A deep but intuitive supply system allowing breakthroughs & encirclements.
4 player multiplayer over PBEM++ and hotseat, supporting last-man-standing, teamplay and cooperative against AI scenarios.
An extensive, user-friendly in-game scenario editor with a what-you-see-is-what-you-get design.
Order of Battle U.S. Pacific
December 7, 1941 – the surprise attack on Pearl Harbor left America shocked and the US Navy stunned. Glorious battleships such as USS Arizona were sunk or put out of action for. This infamous raid gave Japan a serious advantage right from the start, but they have sorely underestimated the American determination to overcome this setback and fight back the aggression. Four long years of war now lay ahead to determine the outcome of this epic struggle…

As the commanding officer of the US Pacific forces, the player is tasked to put a halt to the Japanese aggression and restore American supremacy in this part of the globe. From the early blow at Pearl Harbor to the final battles in the Japanese archipelago, recruiting new units, giving the right orders and organizing an effective supply chain are essential on the path to ultimate victory. New technologies and equipment will gradually become available, allowing players to modernize their army, fleet and airforce throughout the campaign. 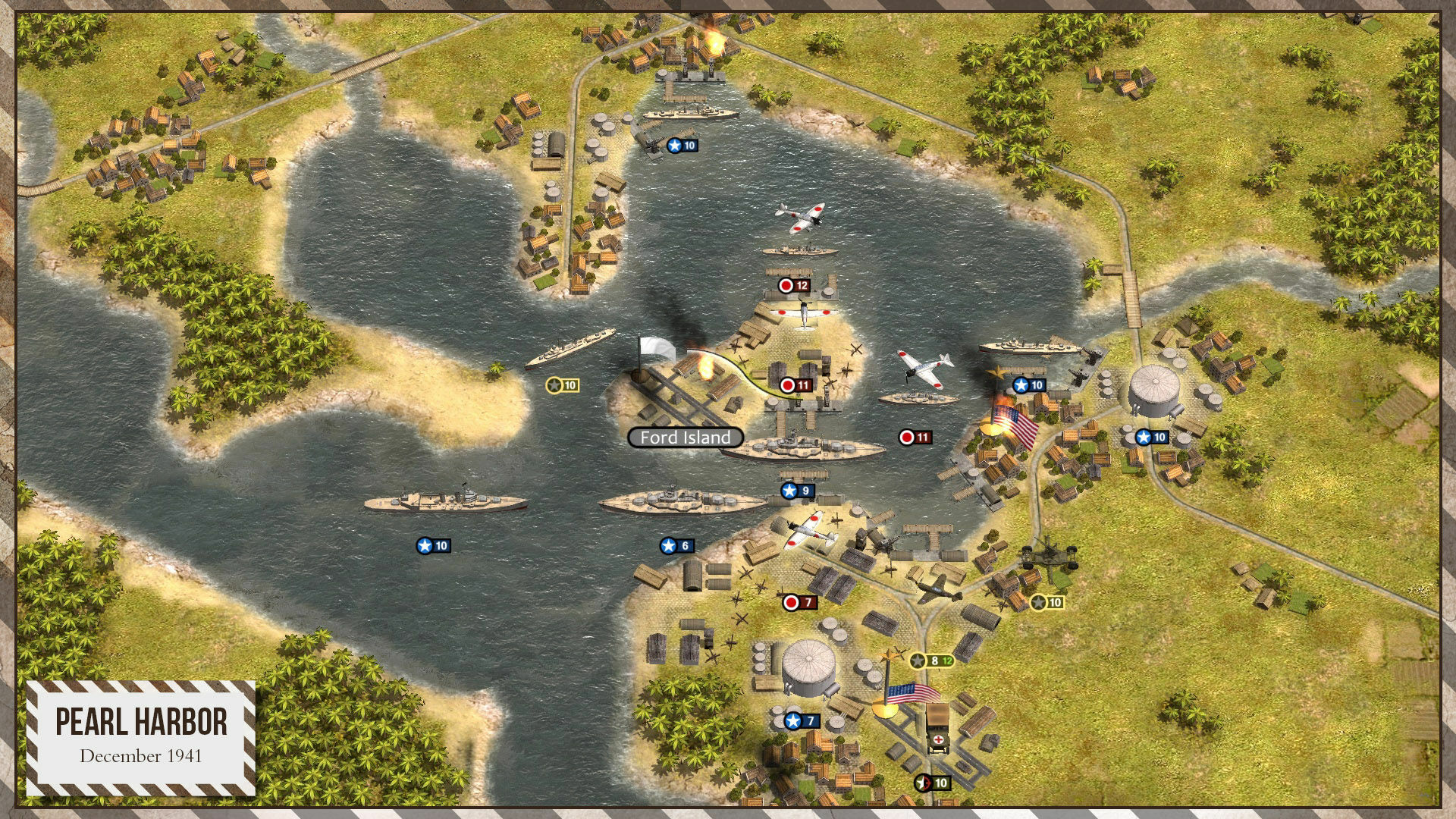 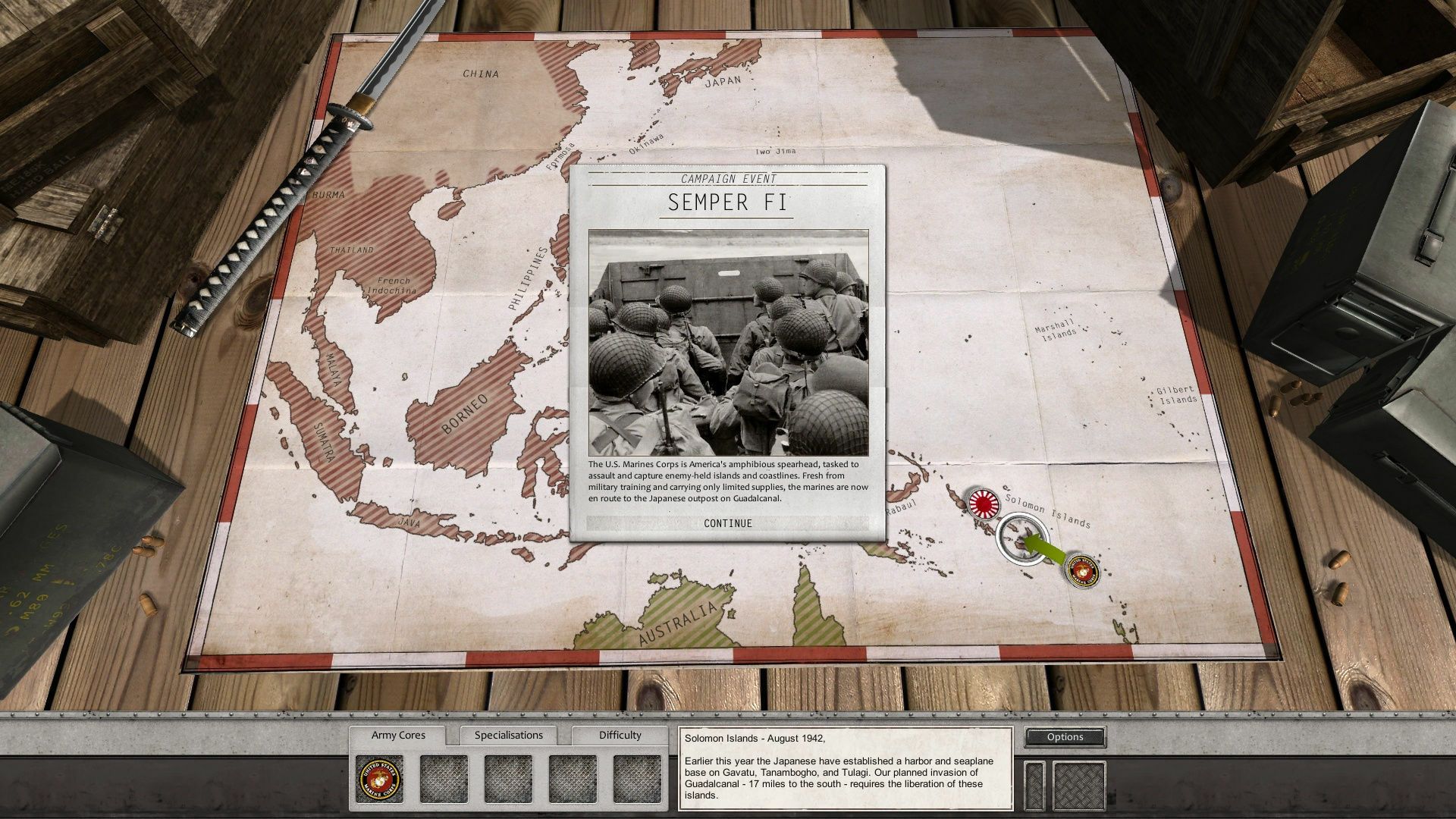 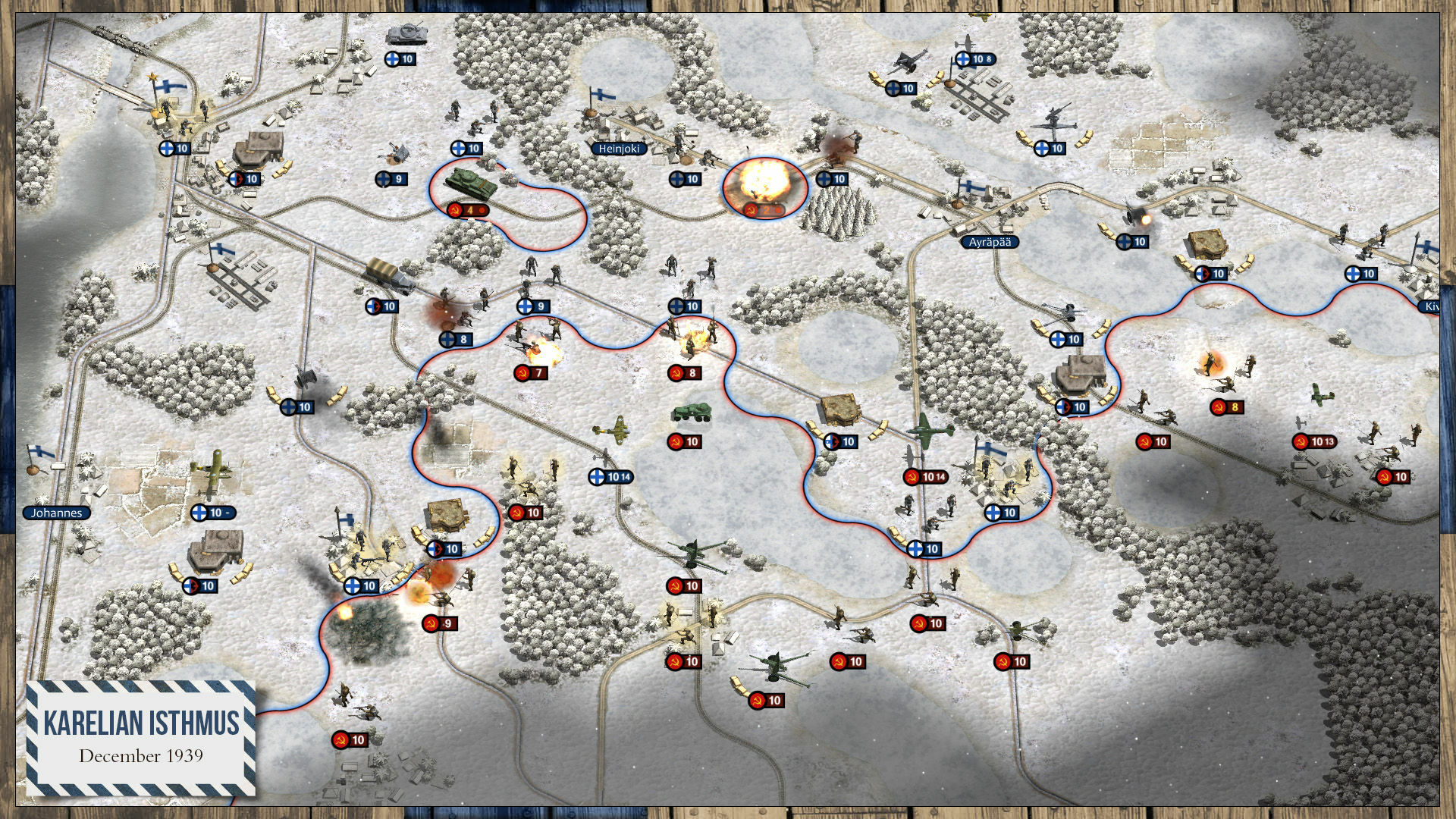 Order of Battle: World War II
A breath of fresh air for all strategy fans. It is a game that takes wargaming to a new level by upgrading every single game element and rebooting the genre for a new generation of players. Detailed terrain, rich animations and a slick interface, all within a traditional setting and with the elements that are familiar to experienced players – Order of Battle: World War II follows in the footsteps of all time classics, such as Panzer General.