The father and mother of all ‘Haunted Mansion’ games!

Winner of multiple gaming awards and “No. 1 Rated Game of 1994”.”The new standard in interactive entertainment.” – Bill Gates (Founder of Microsoft Corporation, 1993)Henry Stauf’s mansion has been abandoned for as long as anyone dare remember. Stauf was a master toy maker, a maker of amazing puzzles and this strange, eerie, mansion was his greatest creation. It stands empty, rotting ever since children started dying with his toys near them, ever since six guests came and were never seen again.

Now, you are in the house, moving from one room to another, trying to remember and trying to forget. Because Stauf’s game isn’t over. There were six guests the world knew about – and there was one other. The mansion of horror comes to life again and only you can end this mad nightmare and learn the secret of the 7th guest.

The game features:
» Groundbreaking use of full-motion video and dialogue recorded by live actors in a terrifyingly virtual environment.

» Bizarre puzzles to solve and games to play.

» Totally new, much praised, game play controls that were built from the ground up.
»» Hotspot based with the option to highlight all hotspots in each game screen.
»» Skip quickly any scene.
»» Completely new map, which can be access directly from the game screen.
»» Many new mouse and keyboard shortcuts. 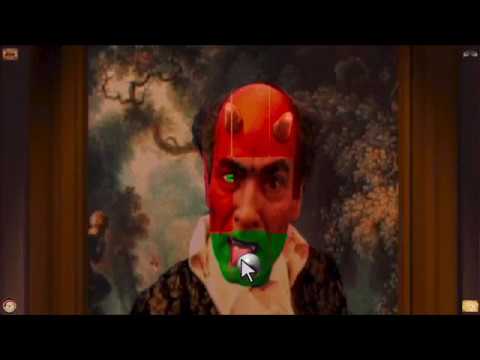 Henry Stauf (Staf), a wealthy and toy maker with a sinister past, invited six guests to his mansion. Each of them was made an offer that cannot be refused: to compete with the owner in the acuteness of the mind. The mansion is crammed with cunning puzzles, and the one who first solves all the tasks assigned to it will receive the fulfillment of his most cherished desire as a reward. Less successful applicants will remain forever in the gloomy building.

Please note that you need a Torrent Client to download The 7th Guest: 25th Anniversary Edition v1.1.6
If you like the game don't forget to share. Thank you! Hope we served you well.

this site seems constantly hacked with bot diversions lately everytime you click on a game you want to download, shame as was once a great site

allot of people are always complaining about pops and ads where you do not complain when downloading games for free. I feel sorry for the sites team for this and they are always doing actions to make their site work for all the complainants. Damn! Don’t just make freegogpcgames adjust for your needs you also need to adjust for their needs. using their site for free is already amazing and they are worthy because of all the support we get from them when we need them.

What’s with this needing seeds already? 82% available on this one for several days now. All the 18 Wheeler games are stuck at “downloading metadata”.

I am asking here a response to previous comments. I support Blackbart in their review, although I have had no complaints with FreeGoG during all of its years of existence. Advertising does not bother me, I put up with it, so that the manager of the site finds it financially. On the other hand, this has already scared a lot of them a year ago, and today the site is deserted en masse. So who is the winner in history? Nobody.
You just have to see the latest publications; all the torrents are dead.
What I criticize, just like Blackart, is that each click (which means at least 5 times per published game, so about 50 times per day, or even per hour as a ratio) refers to pages already reported multiple times as dangerous for Internet users, stealing personal data, and even being able to block computers. Of course, it happens 3 times out of 10 between the more understandable ads. Which ultimately indicates that, unlike me, those who do not know much about computers risk crashing their computer about 15 times a day while visiting FreeGoG. It should therefore come as no surprise that this site has only become a shadow of itself in recent times, even if it is one of the 3 most interesting in my opinion.

i dont mind popup ads, but ads that automatically downloading a file is a straight up dangerous…cant you do something about it please?