Start with a plot of land by the shores of the wine-dark Aegean and create a thriving city-state of your own design. Build roads and monuments, set taxes, control trade, and command armies on land and sea.Construct massive sanctuaries, a stadium for the Games, even an Atlantean pyramid.Build armies and fleets to battle neighbors on land and sea. Succeed, and make them your vassals. Fail, and you’ll be forced to play tribute until you win back your freedom. Rule the legendary world of Atlantis. Mine orichalc, and make use of unique buildings like bibliotheques and observatories.

Acropolis’ delivers the city-building excitement and strategy of both Zeus’ Master of Olympus’ and Zeus’ Official Expansion Poseidon’. Build great empires, dabble in combat, trade, and politics, and keep monsters like Medusa at bay with the help of great heroes from mythology. Establish new colonies in the ancient Americas, Africa, Europe, and Asia. Create your own adventures with a powerful yet easy to use Adventure Editor.

You’ll create bustling cities filled with thousands of citizens in mythological Greece and the lost continent of Atlantis. Exercise your might by threatening neighboring cities with invasion, or cultivate them as allies against even stronger opponents. Build beautiful Greek sanctuaries and Atlantean pyramids piece by piece. Summon heroes to rid your town of plagues and monsters, or appease gods and goddesses to protect you from evil.

– Acropolis’ delivers hundreds of hours of gameplay in one game!

– One of the best city builder games out there, made by a team of experts in the genre: Impressions Games.

– Diplomacy, war, economy, and logistics – you must master all these arts to ensure your victory.

– 65 episodes in which you build and rule seven city-states and two powerful civilizations: Ancient Greece and Atlantis. 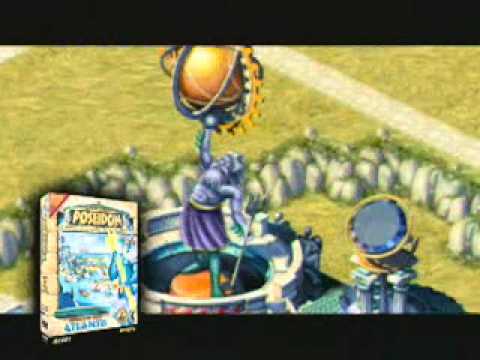 Start with a plot of land by the shores of the wine-dark Aegean and create a thriving city-state of your own design. Build roads and monuments, set taxes, control trade, and command armies on land and sea.Construct massive sanctuaries, a stadium for the Games, even an Atlantean pyramid.Build armies and fleets to battle neighbors on land and sea.

This is still a good game thanks for the share

Wow this is old but still working on my pc thanks it brings me back on my childhood (love to play this when i was young.

Thanks for the games.
I cannot pass the <> box.
I can type a name or choose one in the list, but when i click next it says I need to choose a leader name again and again. Botn in zeus and posseidon.
Any idea?

I am having the same issue, it is only coming up with an empty file in utorrent

I downloaded the torrent and have run the setup on my Windows 8.1. It is installed but the moment I launch it nothing happens. A black screen appears and then a dialog box displays a message saying your program has stopped working. I tried reinstalling it but it displays the same message again and again.

How do I solve this issue?? Please let me know. I used to play this game as a kid and it is my favorite game till date.

I tried doing everything possible but the problem still exists. I use 8.1 Windows as my OS (HP laptop).

Does this work in Windows 10? Please reply.Thanks

i downloaded it twice and its just a file that doesn’t open, I cnt figure out how to play it online easily with no problems.

I can’t download the games. The utorrent keeps saying connecting to peers 0.0% without any progress.

amazing games..i play only old games…congrat. for this nice site