In Sandbox mode gamers will focus solely on managing their business and economy – to build their very own tavern, hire and oversee staff, manage the supply chains and create new dish recipes. In Campaign mode, micromanagement is just a prelude to a rich story as the kingdom is in turmoil and a shift of power is expected. Your Inn will soon attract the attention of important political and military figures, who are desperately trying to hold on to the reins of power. Gamers will become part of a large-scale drama full of political intrigues, vivid characters, treacherous NPC’s and dangerous quests inspired by RPG games – You will even have a damsel in distress to save!

– Pests & Puppies DLC with lovely pets and malicious pests
– The Pit DLC – open an underground basement and run all kinds of illegal activities
– Hooves & Wagons DLC – guests now own horses and bring wagons with them
– Bath & Beauty DLC offering beautiful bathtubs and bathrooms
– Crops & Harvest DLC (new content!): time to gather crops and feast!
– Digital goodies pack: unique cookbook, soundtrack, all sketches and concepts that were used during development
– FLCs and event-related items
– New bard and a new adventurer
– Chinese language support! – Crossroads Inn turned out to be an indie hit on Chinese market and along with Anniversary Edition lands a Chinese (simplified) version of the game!

Among the most significant improvements to the base game Anniversary Edition will offer:
– New Pathfinding & AI – no more blocking on stairs, no more horses trying to reach stables through Inn’s main hall;)
– Engine Performance – A lot of performance-related issues will be eliminated by upgrading the game’s Esenthel engine to its latest version. We have joined forces with Greg Slazinski, a creator of the engine. Big thanks, Greg!
– UI & Tutorial – Crossroads Inn is not an easy game, especially for beginners. This is why devs are now working on an extensive help system that includes better UI, loads of tips available through loading screens, innkeeper journal, and in-game tutorials. 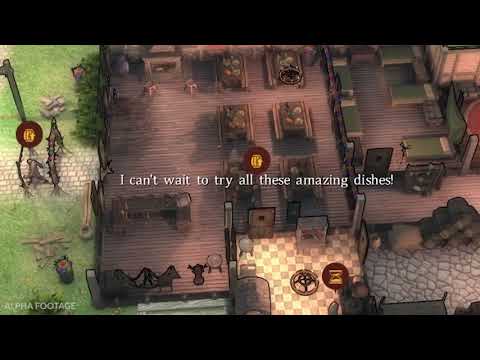 Crossroads Inn is a real-time management sim with RPG elements. The game consists of two unique modes offering totally different experiences. In Sandbox mode gamers will focus solely on managing their business and economy – to build their very own tavern, hire and oversee staff, manage the supply chains and create new dish recipes. In Campaign mode, micromanagement is just a prelude to a rich story as the kingdom is in turmoil and a shift of power is expected.

everytime i try to play the game i get a pop up saying cant load pak “bin/project.pak” any fix for this ?

Is the Collector’s edition the same as the Anniversary edition?

after re-downloading the files and re-installed the game, i still get “crossroads Inn.exe is not a valid win32 application”

Hi
I get an error: this application can only run in context of an application container.
I cannot run the game any help

I installed the pack but I can’t run it. no error message or notification of any sorts. the game launched, screen goes black and then return to desktop.