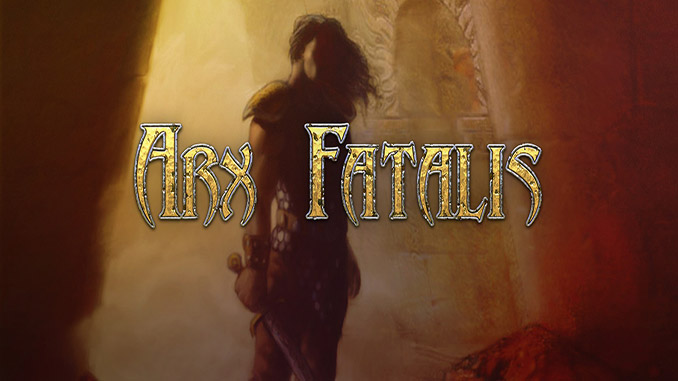 The world of Arx is wrought with turmoil, brought to the brink of destruction by a violent war. The sun has disappeared from overhead to shroud the world in eternal darkness forcing communities to begin inhabiting the underground mines. But as food and drink becomes scarce, the wars become even more violent as each race struggles for survival.

You are plugged into this world of terror and must use bravery and cunning to uncover the long hidden secret of Arx. As your epic quest unfolds you will explore ancient temples, bustling cities and abandoned mines, unearth legendary artefacts and face terrifying foes.

Arx Fatalis features: Lots of quest and sub-quest to complete; innovative gesture-casting system with 50 powerful spells based upon 20 runes; wield over 20 crushingly powerful weapons; no two games are ever the same: storyline and events change according to your actions; hundreds of characters to befriend or murder and massive underground world to discover and explore.

– An innovative gesture-based spellcasting system
– A massive underground world to explore
– The choices you make strongly influence the story, leading to one of 4 endings