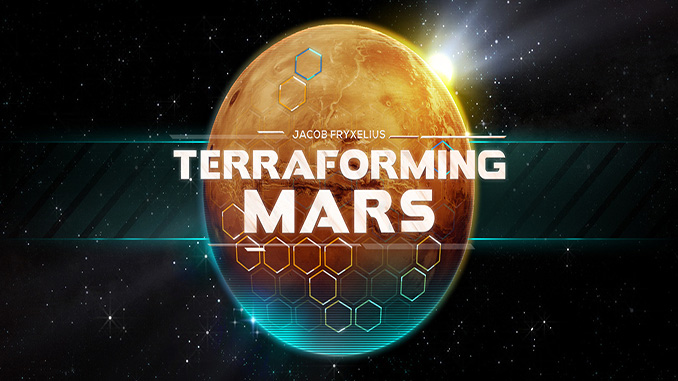 The taming of the Red Planet has begun!
Corporations are competing to transform Mars into a habitable planet by spending vast resources and using innovative technology to raise temperature, create a breathable atmosphere, and make oceans of water. As terraforming progresses, more and more people will immigrate from Earth to live on the Red Planet. In Terraforming Mars, you control a corporation with a certain profile. Play project cards, build up production, place your cities and green areas on the map, and race for milestones and awards!

Will your corporation lead the way into humanity’s new era?

GAMEPLAY
– Achieve a high Terraform Rating, by increasing the temperature and oxygen level or creating oceans… Make the planet habitable for future generations!
– Get Victory Points by building cities, infrastructure and other ambitious projects.
– But watch out! Rival corporations will try to slow you down… That’s a nice forest you planted there… It’d be a shame if an asteroid crashed right on it.

– The official adaptation of the cult board game, faithfully developed with the help of Jacob Fryxelius, author of the boardgame.

– Life on Mars? Improve the conditions on the Red Planet by warming it up to melt the ice and create oceans, planting oxygen-producing flora and introducing both small and big animals.

– Corporation rivalry: it’s a nice forest you’ve planted there – wouldn’t it be a shame if a large asteroid was steered to crash right on it? Develop Projects that will slow down your opponents!

– Mars for all: play solo or with up to 5 players in multiplayer games against local or online opponents, humans or AI.

– Game variant: Try the Corporate Era rules, for a more complex game. This variant adds new cards, including 2 new corporations, and focuses on economy and technology. These are projects that do not contribute directly to terraforming, but make the corporations stronger, adding new strategic choices to the game!

– Solo Challenge: Finish terraforming Mars before the end of generation 14. Try new rules and features in the most challenging solo mode on the (Red) planet.

– Draft variant now available: Add a new level of strategy and depth by choosing your best cards and blocking your opponents. During the Research Phase, start by drawing 4 cards, choose one and pass the others to the next player. Continue to choose a card and pass the rest on until all cards drawn have been drafted. Which card will you choose? Will you block your opponent from getting a card, or choose one that fits your strategy best? 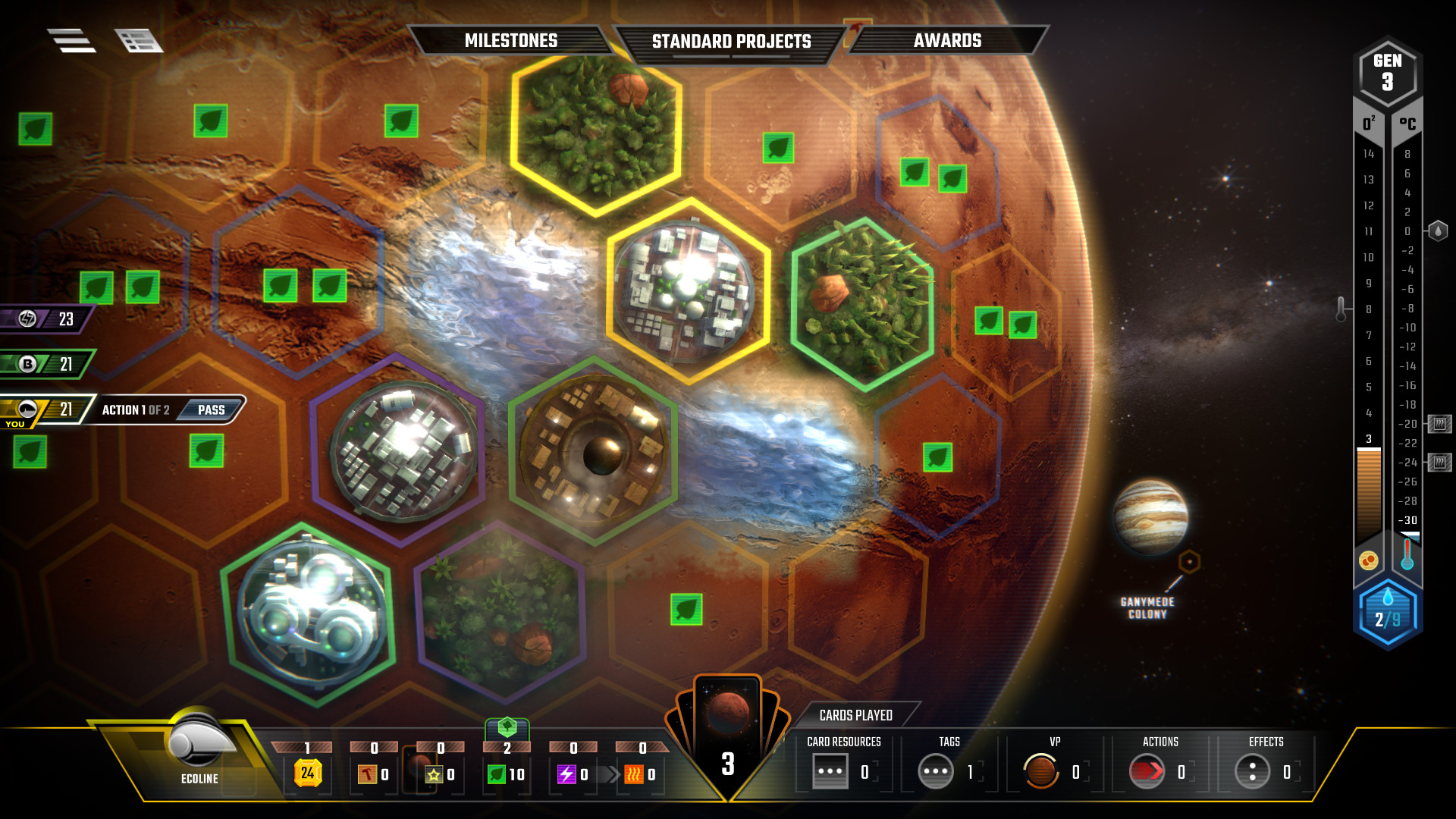 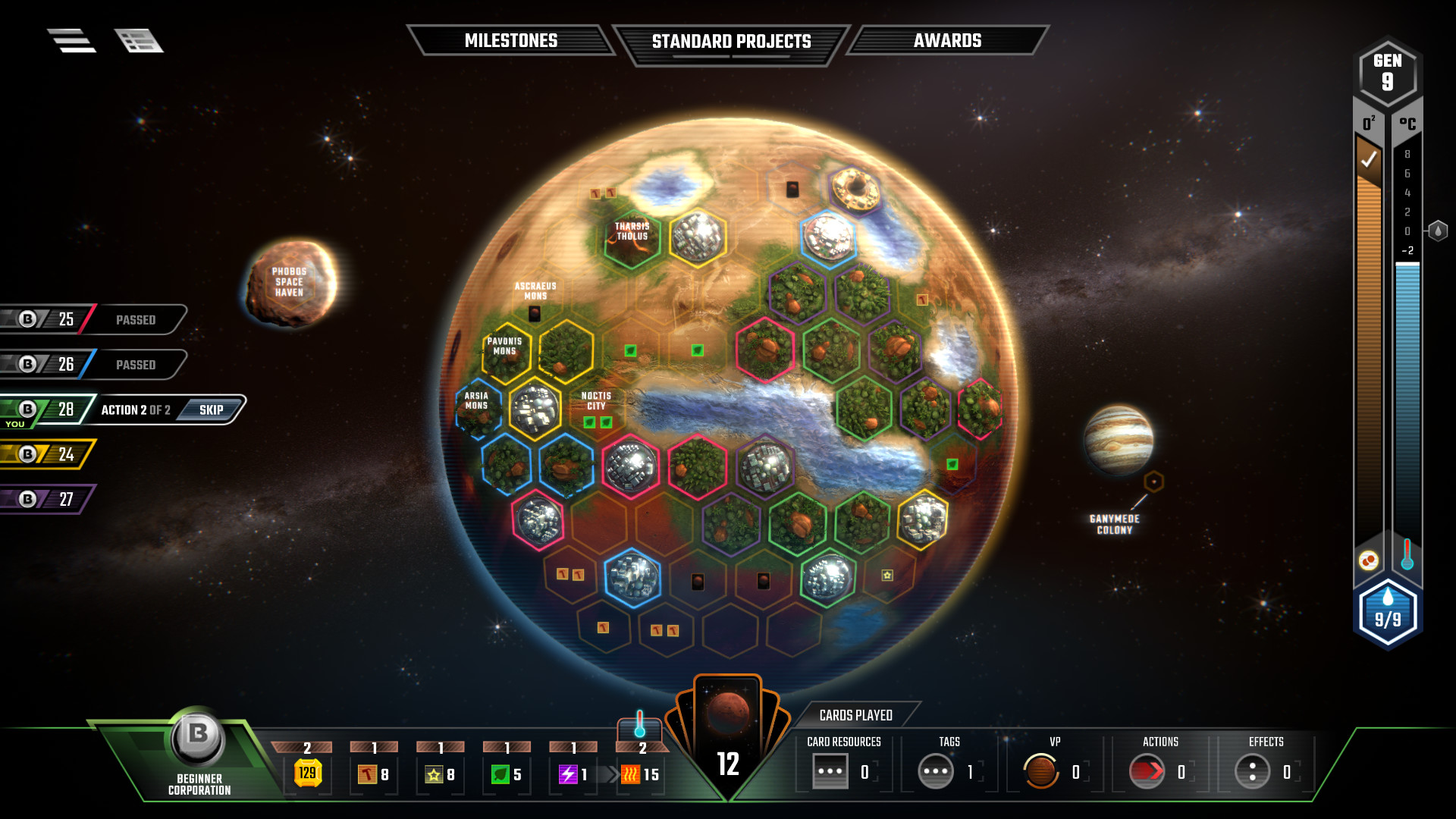 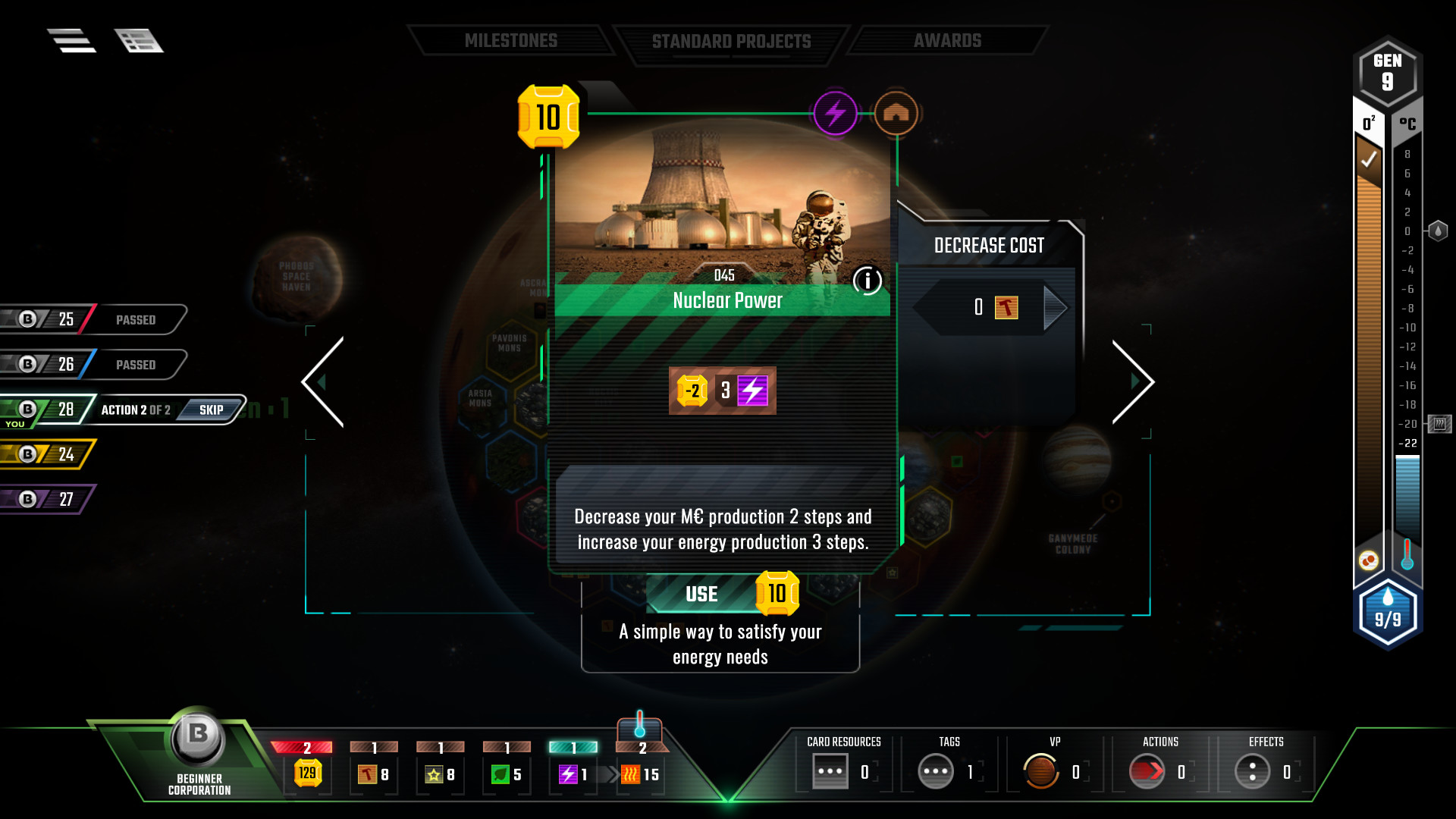 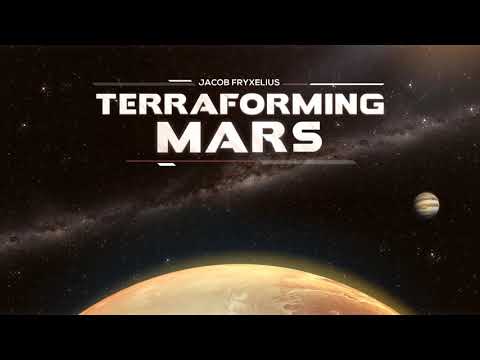 The taming of the Red Planet has begun! Powerful corporations compete to make Mars a habitable planet, spending enormous resources and using innovative technologies to raise temperatures, create a breathable atmosphere, and the oceans. As terraforming develops, more and more people will immigrate from Earth to the Red Planet. In Terraforming Mars, you take control of one of these corporations. Develop projects, increase production, equip your cities and green spaces, strive to achieve new goals and get rewards. Will your corporation take a leading position on the path to a new era of humanity?

Hi,
just wanted to let you know the latest version build (out Yesterday on Steam) seem to be available.
gogdb.org/product/2013033253#builds

—
Btw, are comments the right place to ping about it ?

Updated the game with the latest version