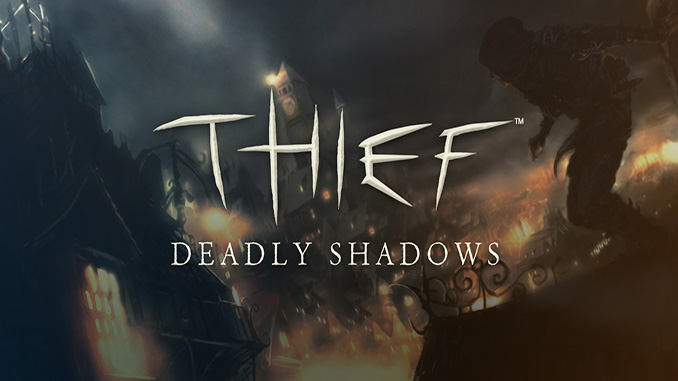 In the third installment of the Thief™ series, master-thief Garrett is contacted by Keeper Artemus with a mission to steal two valuable artifacts. At the same time, Garrett learns about a prophecy: the coming of a Dark Age. He embarks upon a journey to unravel a mystery that threatens the existence of the order of Keepers. Is it possible that there is a traitor in their midst?

The stealth and thievery game, Thief™: Deadly Shadows comes with a number of improvements over two previous parts. Released in 2004, it left behind the aging Dark Engine, using a heavily modified Unreal engine instead. Realistic lighting effects have been implemented: each character and object now casts its own shadow. A third person’s view has been made available in addition to the standard first person perspective.

The stealth system that made Thief™: The Dark Project and Thief™ 2: The Metal Age famous is still in place. You have to stick to the shadows and avoid making noise, as guards will react to anything suspicious. It is also the first game of the series that introduced free roaming. The City, divided into several unlockable districts, is yours to explore. You can interact with the city’s inhabitants: pickpocket, steal, or even mug them for loot.

– It falls in its predecessor’s footsteps, using light and sound to provide a one-of-a-kind stealth gaming experience.
– For the first time in the series, Garrett can freely roam the City. Explore dark alleys, overhear conversations, pickpocket guards, and even perform secondary missions which will influence player’s standing with in-game factions.
– New tools and moves added to Garrett’s repertoire: climbing gloves allow you to scale walls, and can also flatten yourself against the walls to hide.