Shovel Knight: Treasure Trove is the full and complete edition of Shovel Knight, a sweeping classic action-adventure game series with awesome gameplay, memorable characters, and an 8-bit retro aesthetic! Run, jump, and battle as Shovel Knight, wielder of the Shovel Blade, in a quest for his lost beloved. Take down the nefarious knights of the Order of No Quarter and confront their menacing leader, The Enchantress.

But that’s not everything! Shovel Knight: Treasure Trove also features four additional games all unto themselves! Take control of Plague Knight, Specter Knight, and King Knight on adventures of their own or battle each other in a local four player Showdown. Together, they form a grand and sweeping saga!

With Shovel Knight: Treasure Trove, you get it all. Play with a friend in Shovel of Hope’s cooperative campaign, test your mettle in full-featured challenge modes, battle together in Showdown, and change the game with Body Swap mode. Uphold the virtues of Shovelry, earn relics and riches, and discover the true meaning of shovel justice!
Includes:

Shovel Knight: Shovel of Hope – Steel your Shovel Blade and start digging through the adventure that started it all! Jump, battle foes, and discover treasures as you quest to defeat the Order of No Quarter and their vile leader, The Enchantress.

Shovel Knight: Specter of Torment – Summon your scythe in the prequel to Shovel Knight! Take control of Specter Knight to dash through levels completely redesigned around his unique style of play. Climb walls, master a new arsenal of weapons, and slash your foes to ribbons with deathly precision. Become the reaper, discover your tragic past, and recruit the Order of No Quarter!

Shovel Knight: King of Cards – Step into the gilded boots of King Knight in the biggest and most regal Shovel Knight game of them all! Leap, Shoulder Bash, gather new subjects, and strategize your way through this prequel in your quest to become King of Cards!

Shovel Knight Showdown – Duel with up to 4 players locally and scramble after gems, or take control of your favorite character and dig into Story Mode! Master every move, explore a vast array of items and locales, and discover new revelations in this platform fighting game.

Features:
– Yacht Club Games’ beautifully authentic style bridges the gap between yesterday and today. – Design, art, and audio hearken back to the days of 8-bit.
– The systems of today also give Shovel Knight modern touches: detailed animation, multilayered parallax backgrounds, and novel game design.
– Leap over gaps! Duel with foes! Uncover treasure! Find Secrets! Upgrade! Shovel Knight is simple to learn and play, but the challenge lies everywhere.
– Multiple awesome soundtracks by Jake “Virt” Kaufman with additional songs by Manami Matsumae!
– Amass riches to upgrade your armor and weapons.
– Detailed, living background art and animation! Big, beautiful pixels!
– Lovable characters and treacherous bosses!
– Balanced gameplay is a warm welcome to newcomers, and an old embrace for experts.
– A light touch to narrative with humor, levity, and heart.
– Relive the adventure and uncover all of the world’s secrets with New Game+!
– Challenge Mode – Up the ante in every imaginable way with over 100 full-featured challenges.
– Body Swap – Did you ever wish Shovel Knight was a lady, or Shield Knight was a guy? Well, now you can designate character genders however you like, with brand new designs for all of the main characters in Shovel of Hope!
– Co-op! – Grab a friend and play through Shovel of Hope as a fully cooperative adventure! Or uncover Story Mode together in Showdown! 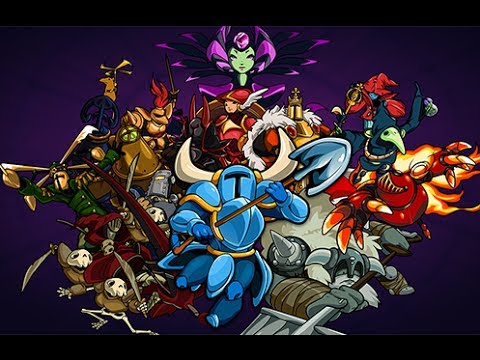 Shovel Knight: Treasure Trove is the full and complete edition of Shovel Knight, a sweeping classic action-adventure game series with awesome gameplay, memorable characters, and an 8-bit retro aesthetic! Run, jump, and battle as Shovel Knight, wielder of the Shovel Blade, in a quest for his lost beloved. Take down the nefarious knights of the Order of No Quarter and confront their menacing leader, The Enchantress.

Funny game i like it and will buy this to support the devs thanks for this free game!

I downloaded it and it is really fast it is my first time using a torrent on downloading and it is easier. thank you for this wonderful website freegogpcgames

All i can say is wow!

Working and very easy to install. I love it! Thankssss

Yey!!! works good and easy to install. thank you

thanks for this game guys…! can you upload a games like valiant hearts or 60 seconds

Hey can you upload the new Shovel Knight Treasure Trove? I want to play all the new content. Thanks in advance 🙂

Does it include the second DLC too? Also If I already downloaded it without the second one is it possible to just add the new DLC so I dont loose my save?

Treasure Trove is already up on GOG

Would it be possible to add version 3.0 or above of the game pleaseee?

Would it be possible to upload version 3.0 or above pleaseeeee?

Hey, can you upload the Treasure Trove version? It’s available on GOG.
Thanks for all the games, btw.

Please Update The Game!
And Also Can You Please Upload Bulb Boy
And Update Enter The Gungeon!
Thank You!

Can you do King of Cards and Showdown PLEASE

Any chance of version 4.1 added anytime soon? It is said to be the final update. Thanks in advance for sharing.

Would love to have the Linux version so I can play it on my rg351 retro handheld.