The Imperial Gatekeeper takes place in a fictional medieval country that resembles Japan or China. Not so long ago, a bloody civil war was going on in the state, which dragged on for years. The Great United War was finally over, and the protagonist named Till became one of its greatest heroes. The combat veteran planned to continue his career in the army, but the government promised that there would be no more conflicts and the troops were being disbanded. Instead of the armed forces, the protagonist of The Imperial Gatekeeper is offered a job in the new Highway Safety Service. His task now is to check all travelers who try to cross the border. The man, albeit reluctantly, agrees. Now his duties include examining documents and checking people for prohibited items, including weapons, smuggled goods and prohibited substances. 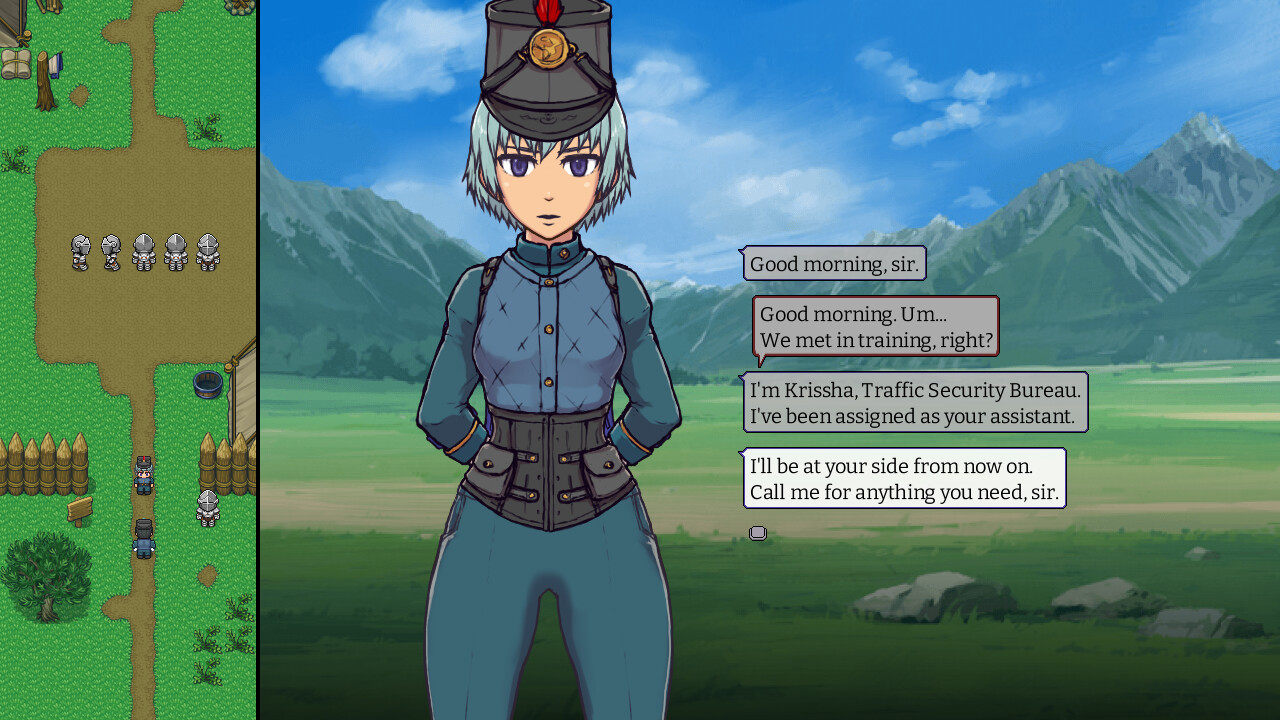 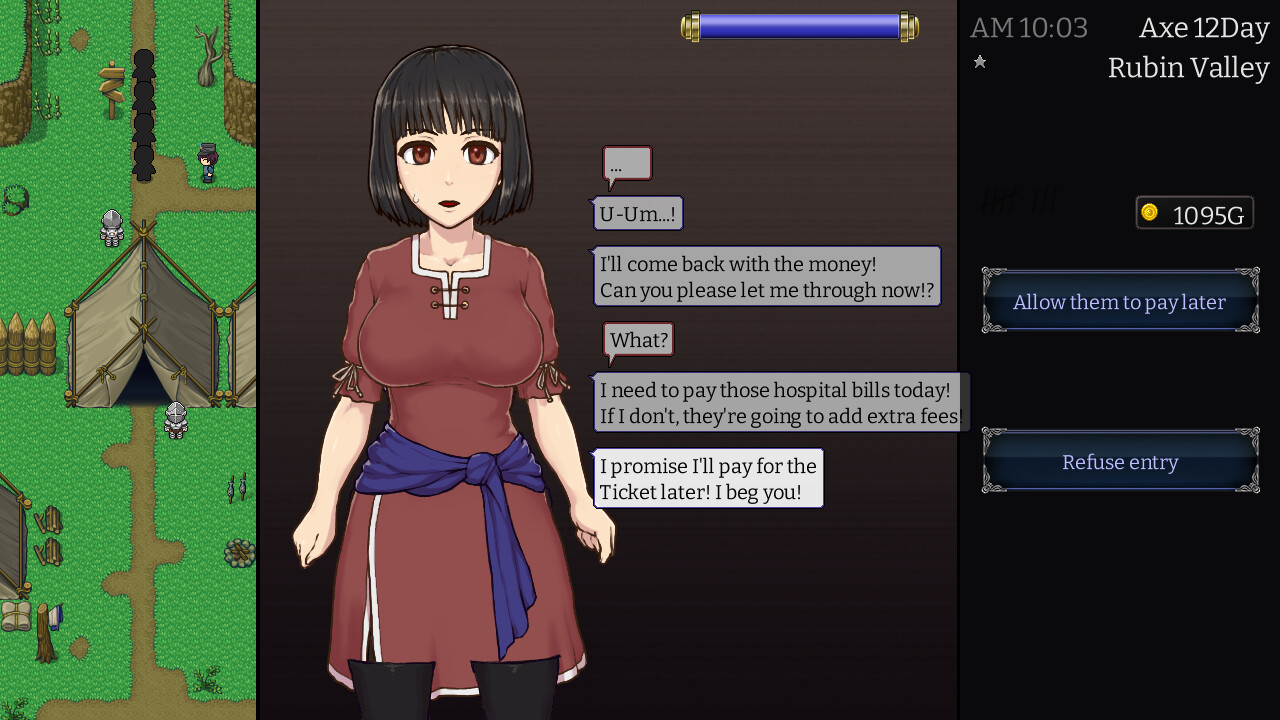 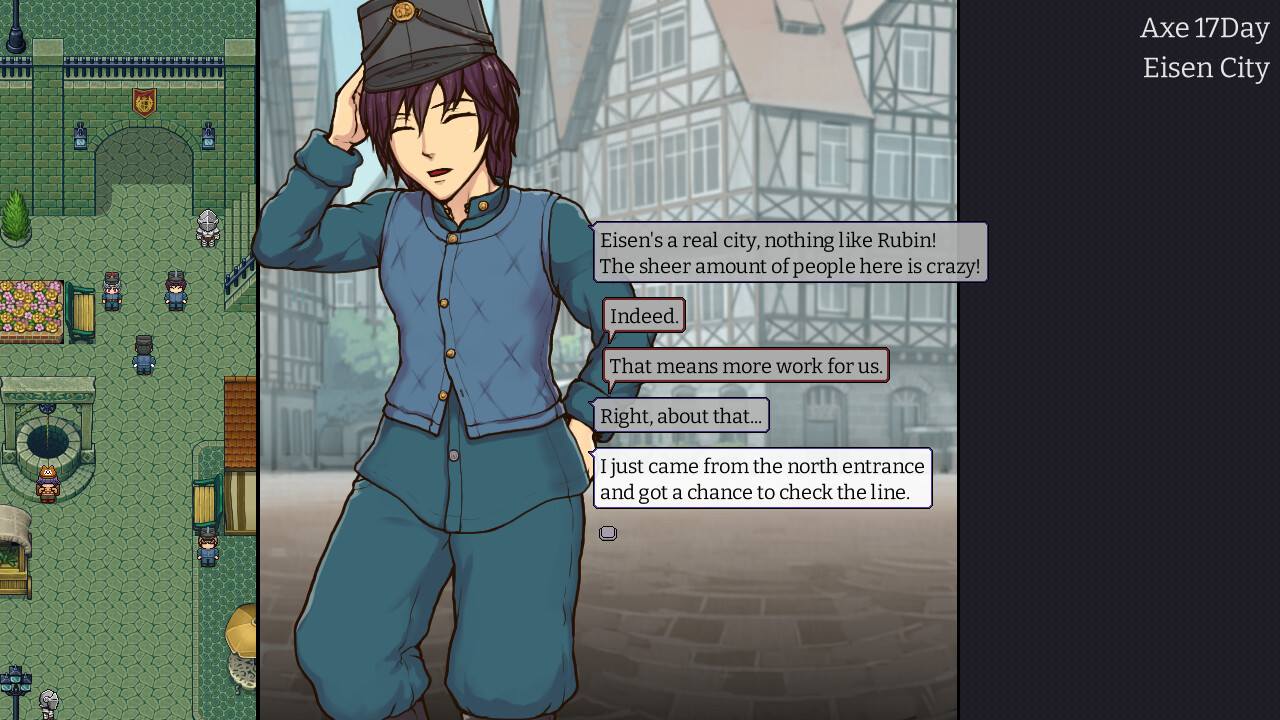 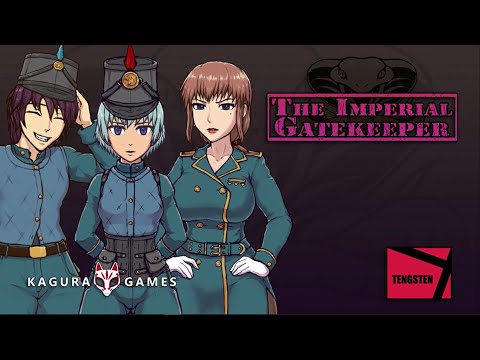 While not a national hero, everyone in the army knows of the feats and accomplishments in the recent unification war that earned you the moniker of Thill the Spearman. You thought you had a dazzling military career ahead of you, but you’ve instead been transferred to the newly created Traffic Security Bureau for reasons you can’t begin to fathom. Its chief, Olivia Riedell, insists the world is about to change and your country will no longer require soldiers. Instead, she believes it will embrace hard-working men and women who wield pens instead of swords and rifles. Your sense of duty compels you to accept, but you’ll soon learn it’s not as comfy a job as you imagined…

Previous
Nine Noir Lives (1.0.12)
The Ditzy Demons Are in Love With Me
Next
Subscribe
0 Comments
Inline Feedbacks
View all comments