Episode 1: Fright of the Bumblebees
Enter the colorful world of West Wallaby Street in the first of four cracking adventures in Wallace & Gromit Episode 1: Fright of the Bumblebees. In this first episode, the inventor and his loyal pooch are faced with a big problem. They need 50 gallons of honey by tonight – far more than their bees can handle. When Wallace’s plans to step up production go horribly awry, it falls to Gromit to fight off the angry swarm. Featuring a brand new story with the same slapstick humour, cinematic visuals, and charm that fans of the Wallace & Gromit films have come to love, Fright of the Bumblebees kicks off this four-episode series in cracking style.

——–
Episode 2: The Last Resort
Join Wallace & Gromit once again in Wallace & Gromit Episode 2: The Last Resort, the second tale in their newest adventure series by Telltale! When unrelenting rain ruins their holiday plans, Wallace & Gromit bring the beach to their basement and transform 62 West Wallaby into a makeshift resort. Keeping the customers satisfied is tricky business, especially after one of them is clocked on the head by an unknown assailant. Whodunnit? It’s up to Gromit to find out … with a little help from Wallace’s latest invention, the Deduct-o-matic! Featuring a brand new story with the same slapstick humour, cinematic visuals, and British charm fans of the Wallace & Gromit films have come to love, The Last Resort is the second game in the series that has everyone buzzing!

——–
Episode 3: Muzzled!
Monty Muzzle, a newcomer in town, is holding a grand fundraiser to rebuild the local dog shelter. Gromit soon realizes that Muzzle’s intentions aren’t exactly charitable and he must foil the huckster’s plot to save the town’s investment and rescue his canine friends.

——–
Episode 4: The Bogey Man
Wallace has been admitted to Prickly Thicket, the oldest country club in Lancashire. Wallace and his faithful caddie Gromit get wrapped up in a decades-old club dispute that threatens to destroy their peaceful West Wallaby lifestyle, and the duo must fight to save the neighborhood they hold dear! 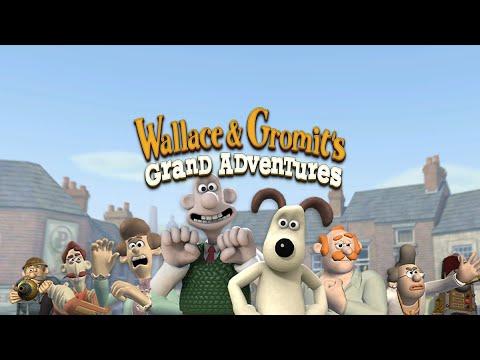 Enter the colorful world of West Wallaby Street in a series of four cracking adventures brought to you by Aardman Animations, the creators of the Wallace & Gromit animated films, and award-winning Telltale Games. As with the brilliant Aardman films, each Wallace & Gromit episode finds the earnest inventor and his faithful canine companion embarking on ambitious new ventures laced with unexpected (and always laugh-inducing) complications.

How to Download and Install Wallace and Gromit’s Grand Adventures

Please note that you need a Torrent Client to download Wallace and Gromit’s Grand Adventures v2.1
If you like the game don't forget to share. Thank you! Hope we served you well.

I don’t want to complain but I seem to have a problem with episode 2. After getting the beach stuff and getting to next chapter all the characters are invisible (inkl. Wallice), cannot interact with them in any way only move a little, but not helping to proceed the game. Restarted and started new game plenty of times with no help at all. I’m stuck now, what should I do?