The Boss of the Saints has been elected to the Presidency of the United States but the Saints are just getting started.

After a catastrophic alien invasion of Earth, the Saints have been transported to a bizarro-Steelport simulation. With homies new and old, and an arsenal of superpowers and strange weapons, they must fight to free humanity from alien overlord Zinyak and his alien empire, saving the world in the wildest open world game ever.

• The American Dream – Play as the President of the United States in a wild story that spans countries, time, and space. It’s up to you to free the world.

• Super Hero-in-Chief – Leap over buildings. Kill people with your mind. Run through tanks. Those are just some of the powers on offer that you can wield in your quest.

• Alien Toys of Destruction – Wield an impressive array of alien vehicles and weapons – the Inflato-Ray, the Polarizer, the Disintegrator, and many more. 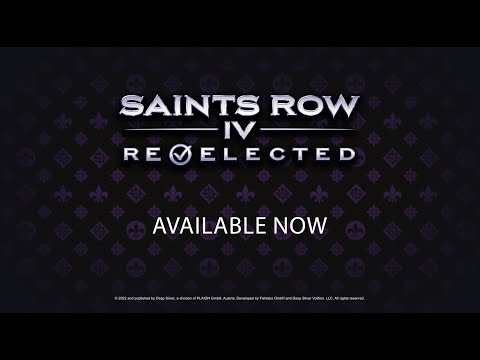 The Boss of the Saints has been elected to the Presidency of the United States but the Saints are just getting started.After a catastrophic alien invasion of Earth, the Saints have been transported to a bizarro-Steelport simulation.

He’s trying to connect with Epic Games.And the other exe does not work at all