“Monster Prom 2: Monster Camp” brings you more of the world’s best (and maybe only?) multiplayer dating sim; but in a way you’ve never expected!

The original Monster Prom is a multiplayer dating sim that shines for its beautiful art and unapologetic humor.

The sequel brings you into a new setup (summer camp) with new characters to romance, including old faces and new ones: Damien, Calculester, Milo, Dahlia, Joy and Aaravi. But that’s not all, Monster Camp comes with twists here and there: from the campfire mechanics to a new stage full of magic mixed drinks.

We’re repeating the best from the popular “Monster Prom” formula, but adding some new spices to it. You will see 😉

Review by razor7557: The game has more of the same charm the first one had. And to my relief, they balanced the jokes better compared to the very woke and full of obnoxious virtue signaling new events added to first game in DLC.

Aaravi is the best girl, getting herself known as a bit of a tsundere here(And far more fitting to that term than Vera was…), and her secret ending is even a bit of a Witcher 3 reference, which makes it certainly fitting that I purchased the game on GOG. I also like how some of the random event options now sometimes give unique sprites or art. For example giving Aaravi yoga armor actually has her sprite put it on.

However the game is still incomplete, with Gallery being missing and greyed out in the menu for some reason, even though copying the code from the first game for that shouldn’t be too challenging… either way, certainly a good game worth the price so far. 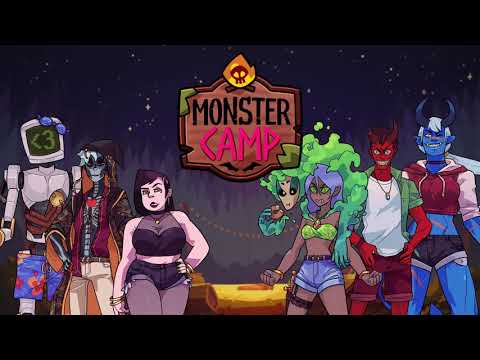