An 8-bit RPG modeled after the iconic games of the 1980s. You control a party of adventurers who travel the Realm, talk to NPCs in towns and castles, explore dungeons, and fight monsters as you seek to save the world from a terrible danger.

– Hundreds of non-player characters to talk to

– Created on an Apple II computer, for faithful reproduction of 8-bit graphics 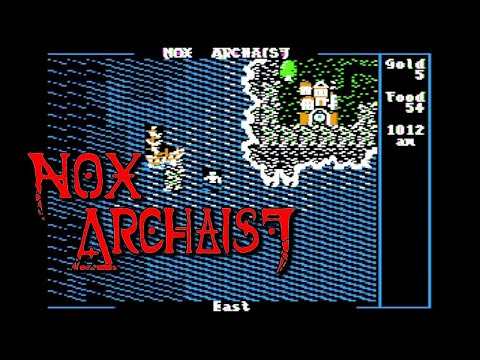 Nox Archaist is a new computer role-playing game for Apple II, made in the spirit of the original games Ultima and Bard’s Tale. The game was released in three different editions: a digital release, a physical release with a manual, paper card and USB stick, and a collector’s edition with packaging, manual, cloth map and more. The game was successfully funded on Kickstarter in 2018. Developed at the 6502 Workshop, the game is written in 6502 assembly language, playable on the original Apple II computer and on Mac / PC / Linux via an emulator.

Please note that you need a Torrent Client to download Nox Archaist v1.1.4e+DLC
If you like the game don't forget to share. Thank you! Hope we served you well.