In the year 2299, an interstellar war rages on. In a bid to save Earth from destruction, you must take control of the Strike Suit – a revolutionary fighter craft with the ability to transform into a lethal suit of space armor. Immerse yourself in massive fleet battles where your dog-fighting skills will directly affect the fate of the cosmos.

Discover a colorful and vibrant universe, with an epic story where the fate of Earth hangs in the balance and your actions will determine the outcome: preventing Earth’s destruction is your immediate concern but preserving its future is your ultimate goal. Engage intelligent enemy fighters and take on colossal capital ships, exploiting weak points in their super-structure to blow them apart. Upgrade your ships and customize your weapon load-outs to tailor combat to your tastes. Take advantage of four unique craft, including the Strike Suit, to experience dogfighting action as you’ve never seen it before.

This is space combat reborn.
“Brings stellar flight combat and more stand-out moments than any Call Of Duty set piece.” – NowGamer 8/10
“just about everything you want in a space combat game” – Penny Arcade
“Strike Suit Zero nails the balance between simulation and arcade shooter, creating an excellent combat experience.” – IGN 7.5/10

Strike Suit Zero: Director’s Cut features new ship models, improved textures and lighting, a restructured campaign, the Heroes of the Fleet mission pack, the Marauder and Raptor Strike Suits, and the classic Strike Suite Zero with all the DLC!

– Fast, frantic space combat: freely engage multiple enemies, dogfight other pilots, fight massive fleet battles and defend vast structures.
– The Strike Suit: strategically switch from Pursuit Mode (speed and power) to Strike Mode (a powerful, highly maneuverable combat mode)
– Capital Ship Destruction: take capital ships apart piece by piece – take out their turrets or target weak-points to blow out entire sections of their superstructure.
– Multiple endings: your choices in game directly affect the state of Earth at the end of the game.
– Vibrant and vivid universe: space is far from the dark, featureless void it’s supposed to be. Discover the color and vibrancy of the Strike Suit universe across 13 unique locations.
– Ship Designs from renowned Mechanical Design engineer Junji Okubo (Appleseed: Ex Machina, Steel Battalion.)
– Music from award-winning composer Paul Ruskay (Homeworld) including a collaboration with Japanese singer/songwriter Kokia (Tales of Innocence, Gunslinger Girl: II Teatrino)
– Joystick compatible: as well as being fully optimized for mouse and keyboard, and gamepads, Strike Suit Zero is compatible with a range of joysticks for full immersion.
– Multi-screen support: play the game across three monitors, and discover the Strike Suit universe in all its widescreen glory. 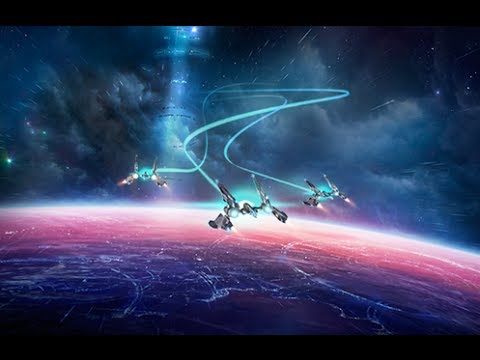 In the year 2299, an interstellar war rages on. In a bid to save Earth from destruction, you must take control of the Strike Suit – a revolutionary fighter craft with the ability to transform into a lethal suit of space armor. Immerse yourself in massive fleet battles where your dog-fighting skills will directly affect the fate of the cosmos.

How to Download and Install Strike Suit Zero: Director’s Cut

Please note that you need a Torrent Client to download Strike Suit Zero: Director’s Cut
If you like the free game don't forget to share. Thank you! Hope we served you well.

Is the torrent still dead?

um… the torrent is not working.Hope the site resolves this matter as it has taken years already and thanks as always.