WindForge is a side-scrolling block-building game where you explore hostile skies in an ever-changing Steampunk world. Everything you see can be created or destroyed, creating an RPG without barriers that rewards creative problem solving and improvisation. Take off in fully customizable airships, and embark on a journey of discovery and survival that will take you to the heart of the world and beyond.

– The first game to include minable sky whales, and meat blocks

– Contra-style action mixed with the creative fun of Terraria

– Over 1200 craftable items and counting

The modern way of life on Cordeus is reliant on refined Sky Whale oil. Everything from the machines used daily, to the food that is eaten, is ultimately dependent on the oil. The citizens of Cordeus are so hungry for oil that the once abundant population of Sky Whales is dwindling. At current rate, the noble species will face certain extinction in a few short years. To avoid falling back into the dark ages, civilization must find a new source of energy. It is said that an ancient people named the Aetherkin had exotic sources of energy. Energy more powerful than anything any human has ever seen. Unfortunately, research related to the Aetherkin is strictly forbidden by law. In an attempt to save humanity’s way of life, YOU have been secretly hired to uncover this ancient energy source. 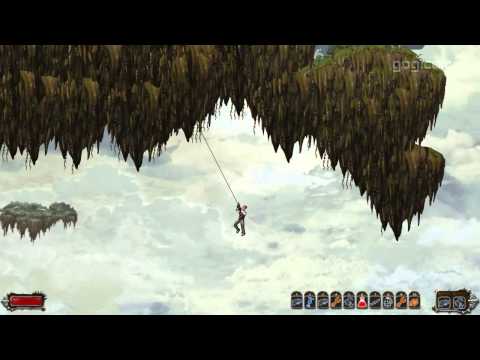 Forge is a block-based platform game in which you travel across hostile skies in an ever-changing steampunk world. Everything you see can be destroyed and created. It is a borderless role-playing game that rewards players for creative problem solving and improvisation. Build your own airship and embark on a dangerous journey to the very borders of the inhabited world.