XIII is a first-person shooter with elements of stealth and action in certain missions. The game centers on the main character, named XIII, who has awakened with amnesia. He uses a variety of weapons and gadgets to uncover the mystery of his identity throughout the 13 chapters and 54 missions. The characters and weaponry in XIII are cel-shaded, giving a deliberately comic book style appearance, including onomatopoeic words contained in bubbles for sound effects. It uses the Unreal Engine 2, the most recent engine at that time, as it was “really strong for level design” and allowed development “across all platforms using one engine”. The graphics were compared with Jet Set Radio Future and Auto Modellista. The developer felt that the appearance reflected the comic book and innovated in its portrayal of violence; even blood splatters are shown in a cartoon manner.

XIII includes 16 weapons, from a knife to a bazooka, an Uzi to an M60. Objects such as bottles, chairs, or brooms may be used as weapons. Kevlar gear, helmets and first aid boxes are scattered throughout the map. People can be taken as hostages or as human shields, preventing enemies from firing on the protagonist. Lock picks are used to unlock doors and grapnels to climb on walls. Through the “sixth sense”, XIII can hear enemies behind walls with the aid of “tap-tap-tap” signals. Stealth operations include strangling enemies or hiding dead bodies. Captions pop up at the top when a headshot is performed or serve as clues or tips for the player.

You can download the Remake version of the game here 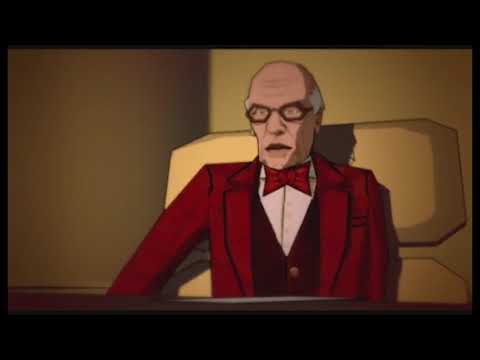 XIII is a first-person shooter video game developed by Ubisoft Paris and published by Ubisoft for most platforms except for the OS X version, which was published by Feral Interactive. Loosely based on the first five volumes of the 1984 Belgian graphic novel series XIII, the protagonist Jason Fly (XIII) is a confused and amnesic man who searches for his identity throughout a comic book-style, cel-shaded world. Found stranded on a beach by a lifeguard, Fly is accused of having killed the President of the United States. The accusation later transpires as mistaken, as Fly finds himself facing a gang of 20 conspirators (“The XX”) who aim to overthrow the government

Please note that you need a Torrent Client to download XIII (Classic) v1.0u
If you like the game don't forget to share. Thank you! Hope we served you well.

Hi, I installed this on Windows 10 and works perfectly, but been trying to get it in widescreen and there are instructions online, however these say you need to edit a xiii.ini file, which doesn’t seem to be present here. Any ideas?

Hello again. Another game that works perfectly! Thank you very much! Although i have a kinda dumb problem… and that is that you should maybe get new pictures to put here, because those that you have kinda look boring. I know this is a dumb thing of me to complain about. Please don’t ban me.

Thanks anyway. Sorry for being such a bother. 😀

Id love to use a trainer and I already copied it in the folder with the XIII.exe but I can’t use it. “Cannot find main programm .exe” does it say. Using WIN10

Hi, currently having an issue booting this game up again. It’s saying “Can’t find file for package “WinDrv””. I’ve been able to play this game for the past few days without any issues until few days.

Hi, can you tell if this game contains no errors?

Because I downloaded a version (v1.4) and contains critical error at the beginning of the final missions, I do not know what to do.

Now that XIII is again available on GOG could you please check if the version you have here is the same as on GOG? There may be an updated version on GOG.

Thank you very much!

What about the remake? @freegogpcgames