Full of fond allusions to old martial arts films and pop culture quotes, Legend of Kay – Anniversary is both an incredibly funny game and a challenging action-adventure for young and old alike.

– 25 different levels with over 15 enemy types and epic boss battles.

– Online rankings: compare your score with your friends’ and compete against the best in the world. 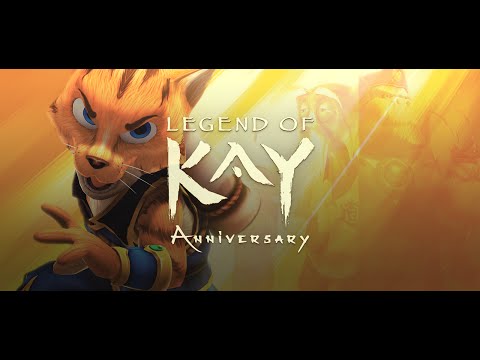 It is a 10th anniversary reissue of the Legend of Kay action game. The game has high-resolution textures, new character models, improved soundtrack and lighting. In the game, you again have to help Kay the cat to thwart the plans of the gorilla emperor Shunyu to seize Yenching Island. In this he will be helped by his trusty sword, as well as claws and a hammer, which can be improved as you progress.

How to Download and Install Legend of Kay: Anniversary

Why is the game in Spansh?

I have downloaded legend of Kay and when I try to open the game, it shows
“Your steam client is not running!

Idk why but µTorrent nor qBittorrent don’t download it, stay at 0% saying downloading but nothing :/

Always nothing, sad it’s my favorite game on ps2, hop i will get it soon !